Artadia Awardee
Chicago, 2002
Jurors:
Dawoud Bey, Elizabeth Smith, Hamza Walker, James Rondeau, Julia Fish
Ben Stone’s sculptures elevate ubiquitous icons and ever-present visual ephemera through a compulsive attention to detail and fastidious production quality. He has built his career off of a sensitive study of this omnipresent imagery found in advertising and signage, public speech, and encounters in his daily life. By enlarging the scale of his source material and remaking it into a three-dimensional form, he transforms a derivative of a derivative into a de-coded, un-conditioned original. In his show at Western Exhibitions, his fourth with the Chicago-based gallery, Stone continues his exploration of the contemporary psyche as he reckons with violence and corruption in his midst and in society at large; his frustration with politics, both local and national; bad or just plain weird public iconography; and his continued exploration of his own self-worth as an artist. Stone’s sincere pursuit of profundity within sloppy, oversimplified imagery and lazy ideas transcends irony, groping towards the tragicomic. In a culture supersaturated with abject visuals and hollow messaging, Stone’s sculptures are unflinchingly honest and take nothing for granted.
Ben Stone (American, b. 1968) has been included in group shows at Regina Rex in New York, the Mattress Factory in Pittsburgh, Diverseworks in Houston, The Green Gallery in Milwaukee, Shane Campbell Gallery in Chicago, and A Study in Midwest Appropriation curated by Michelle Grabner for the Hyde Park Art Center in Chicago. His solo shows at Western Exhibitions have been reviewed in Art In America, Artforum, Art Ltd., New City, ArtSlant and Blackbook. Stone’s 7 foot tall, 250 pound robot, Nuptron 4000, performed his wedding ceremony in 2004 and has moonlighted as the stand-up comedian, Bernie Circuits, for Club Nutz, in programming for both the Museum of Contemporary Art and the NEXT Art Fair in Chicago. Stone received his BFA from the Rhode Island School of Design and his MFA from the University of Illinois-Chicago. He lives in Berwyn and maintains a studio in Chicago.
www.westernexhibitions.com/stone/index.html 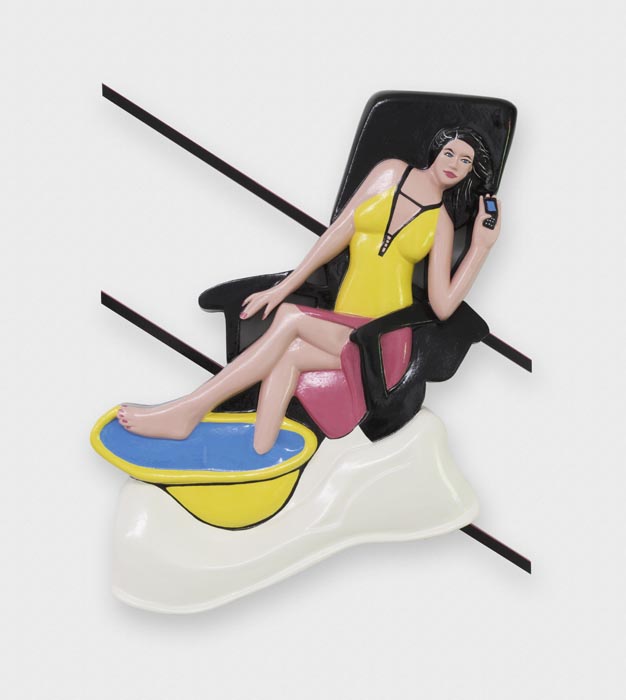 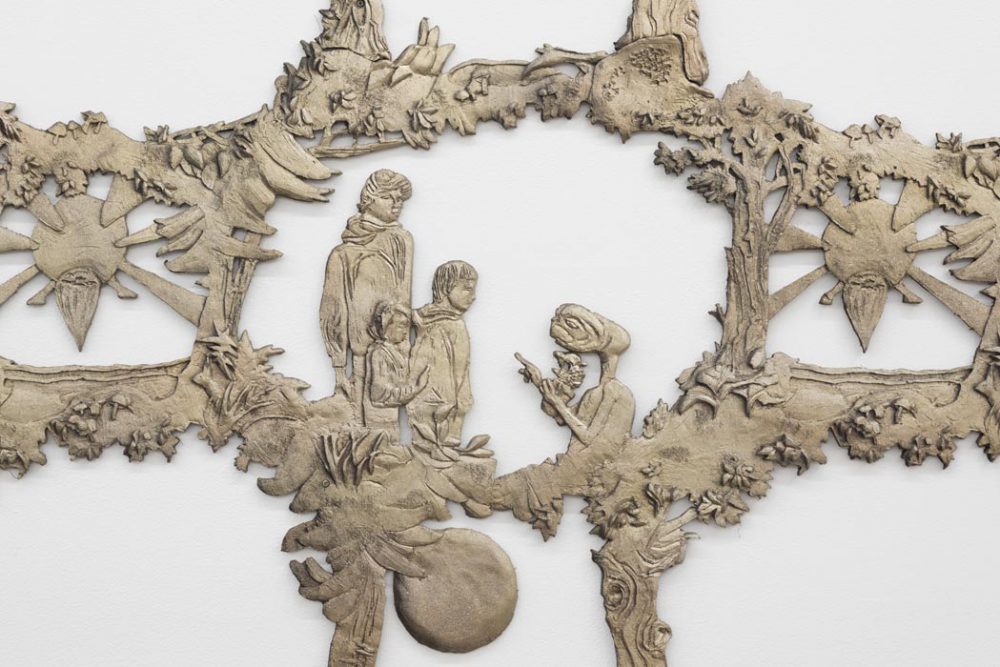 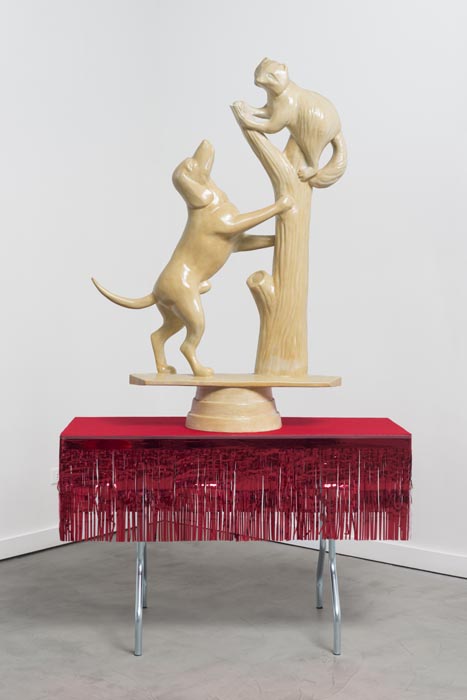 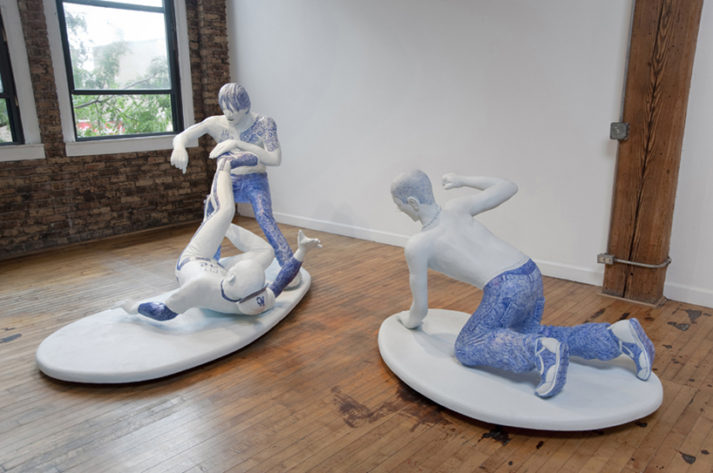 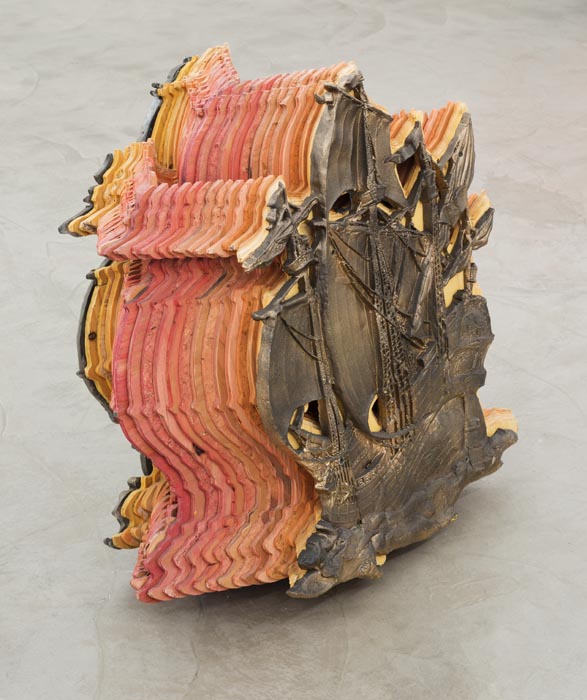 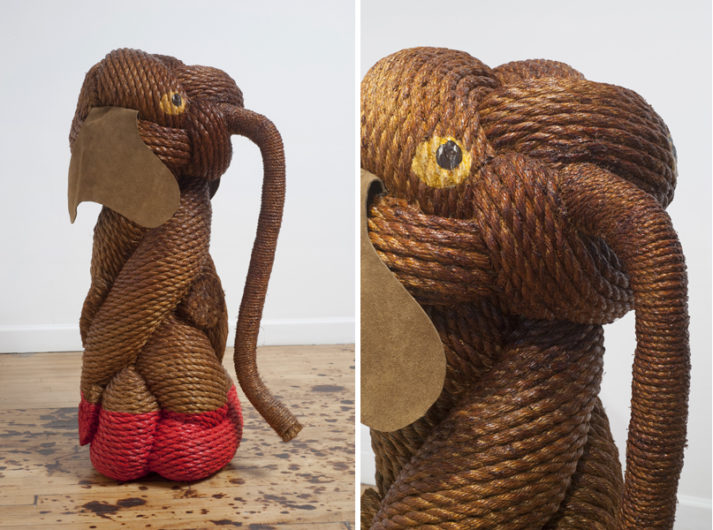 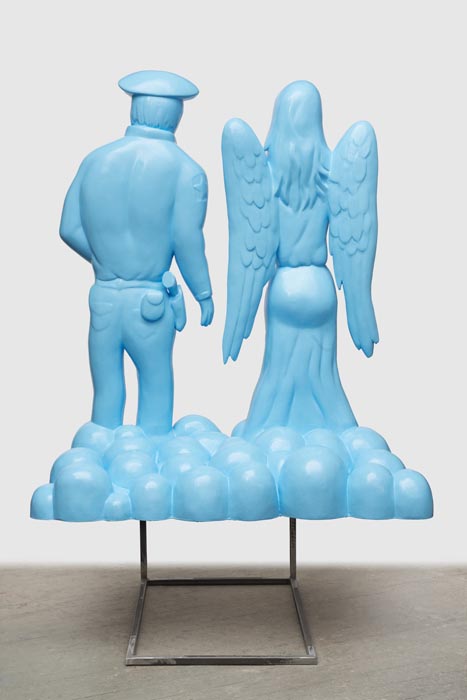 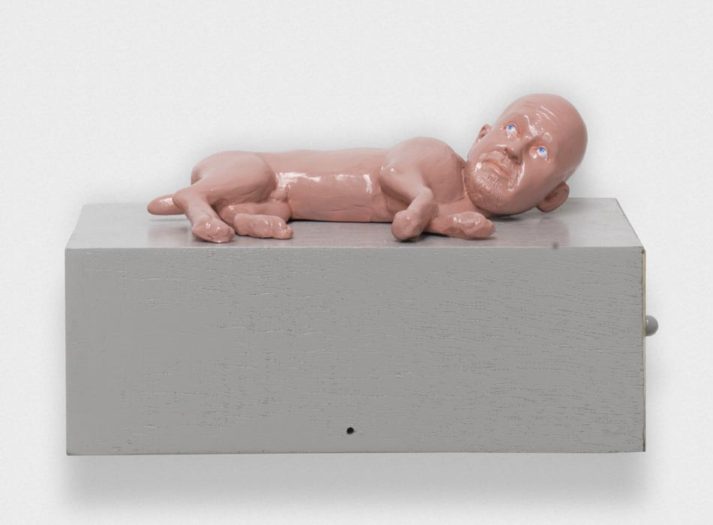