Claire Beckett is based in Boston, Massachusetts (USA). Her photographs seek to understand notions of citizenship and belonging within the United States. Recent projects look at cultural appropriation within American military training, including the use of fake Arab villages and costumed role-players, and the experience of American converts to Islam. Her photographs have been shown in solo exhibitions at the Wadsworth Atheneum, Hartford, CT; Carroll and Sons Art Gallery, Boston, MA; and the University of Rhode Island, Kingston, RI; and in group shows at the Massachusetts Museum of Contemporary Art, North Adams, MA; the National Portrait Gallery, Washington, D.C.; the Nelson-Atkins Museum, Kansas City, MO; Aperture Foundation, New York, NY; and FOTODOK, Utrecht, NL, among others. She has been awarded an Artadia Award, New York, NY; a Massachusetts Cultural Council Grant, and was artist-in-residence at Light Work, Syracuse, NY. Her work has been featured in Artforum, Public Culture and The Boston Globe. Born and raised in Chicago, Claire Beckett earned a BA in anthropology at Kenyon College before going on to earn an MFA in photography at Mass College of Art.

“For the project “Simulating Iraq” (2006-2017) I embedded myself on military bases within the United States, photographing the depiction of Arabs and Muslims within the context of counterinsurgency training for the wars in Iraq and Afghanistan.

Features of these training environments included costumed role-players, elaborate Hollywood-inspired sets, and staged tableaus hinting at the imagined lives of far-away people. Those portrayed in the photographs include military personnel, often combat veterans playing the role of enemy combatants, immigrants from Iraq or Afghanistan intended to make the training look and feel realistic, and local American civilians hired to populate the artificial villages.

As an artist I believe it is my role to invite a viewer to contemplation, and the works themselves allow space for us to ask questions of ourselves. With this project I look at the way Americans such as myself interact with other cultures, and how we collectively understand our place in the world. I want to draw attention to the problematic depiction of “cultural others” in these trainings, and to challenge their implicit assumption of American cultural superiority.

The photographs in this series were made with a 4”x5” camera and are printed as 30”×40” pigment prints.

“Simulating Iraq” dovetails with two related projects: “In Training” examines what new soldiers go through prior to deployment, and “The Converts,” a work in progress, looks at the experience of Americans from non-Muslim backgrounds who have chosen to become Muslim.” 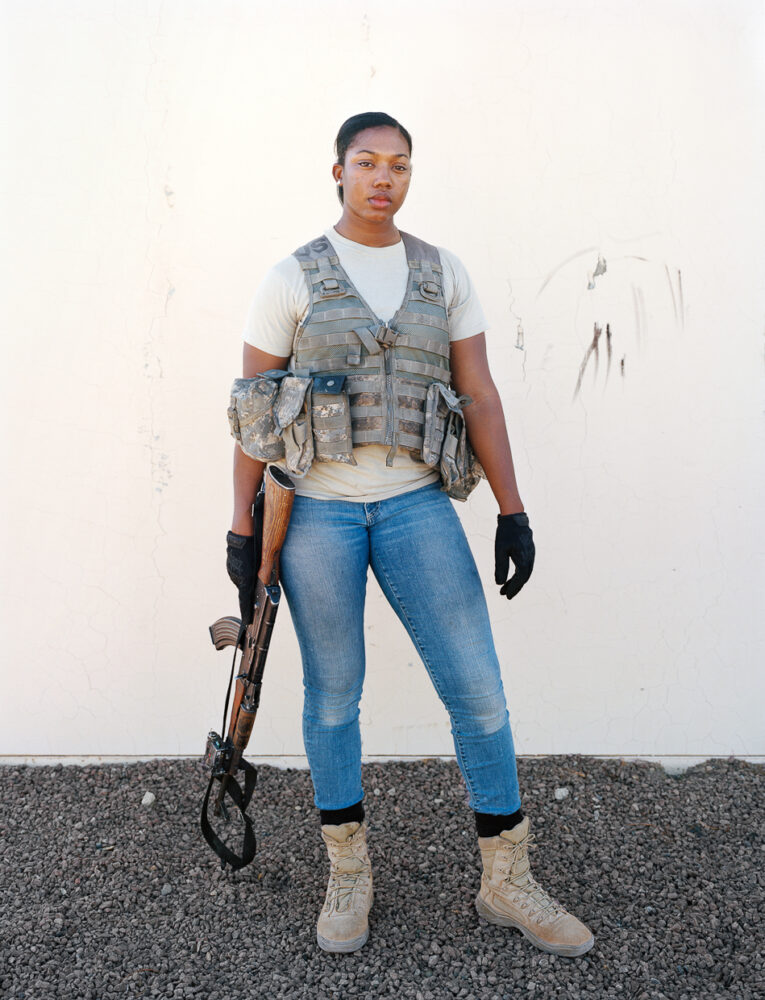 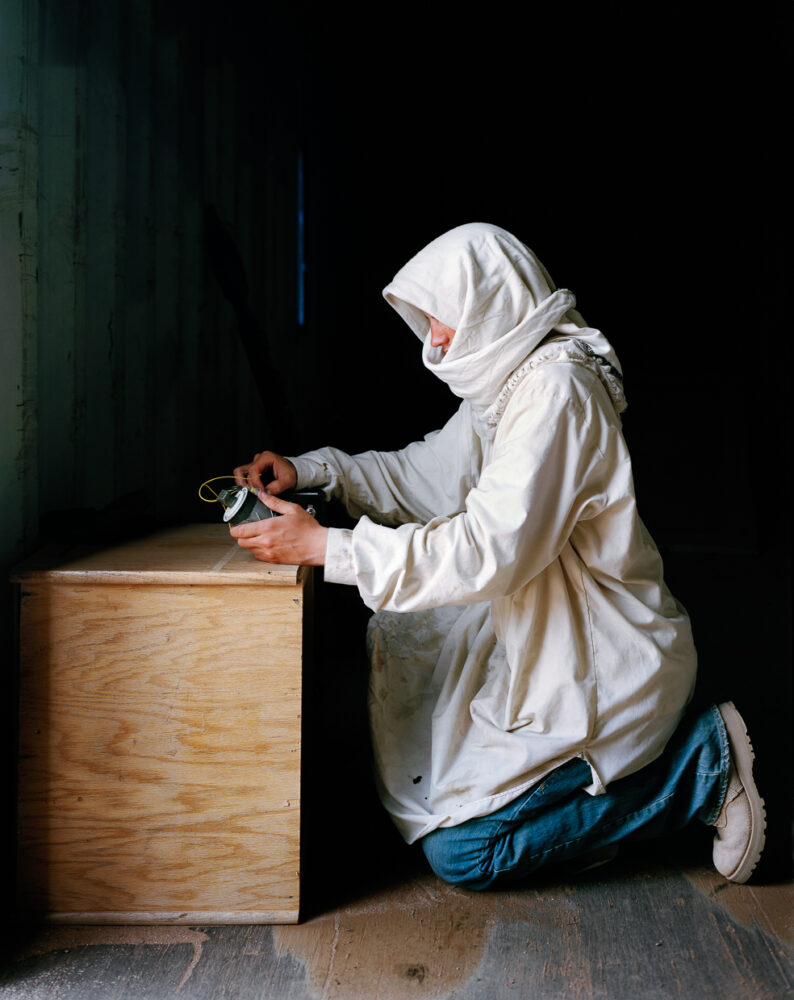 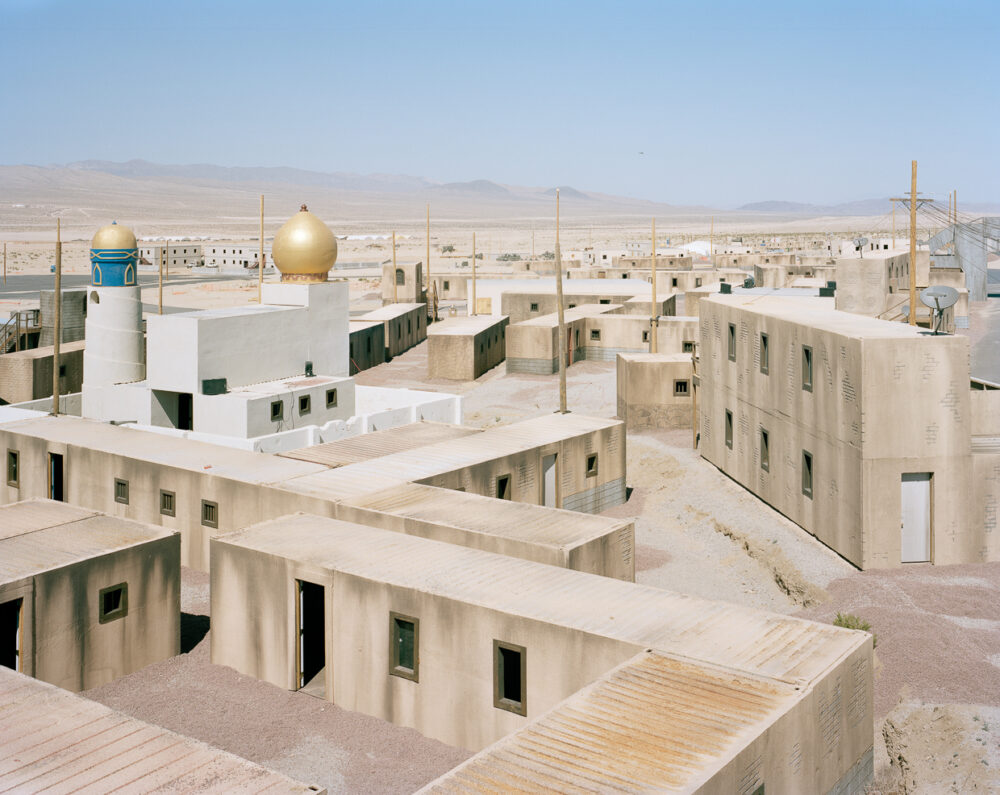 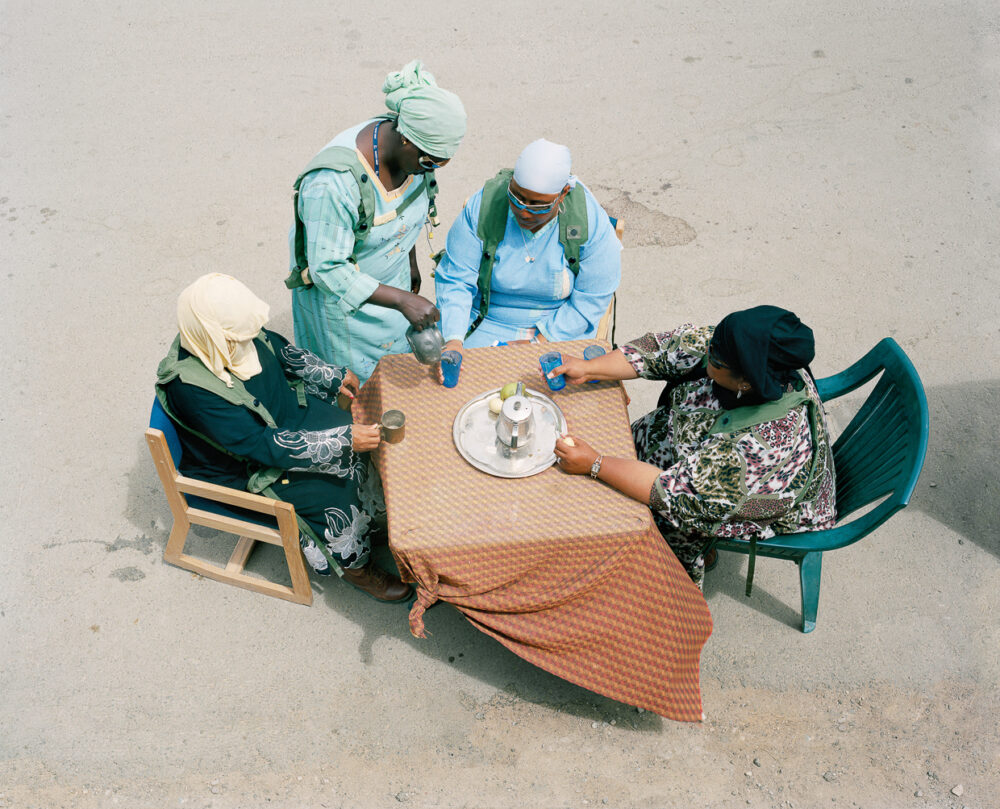 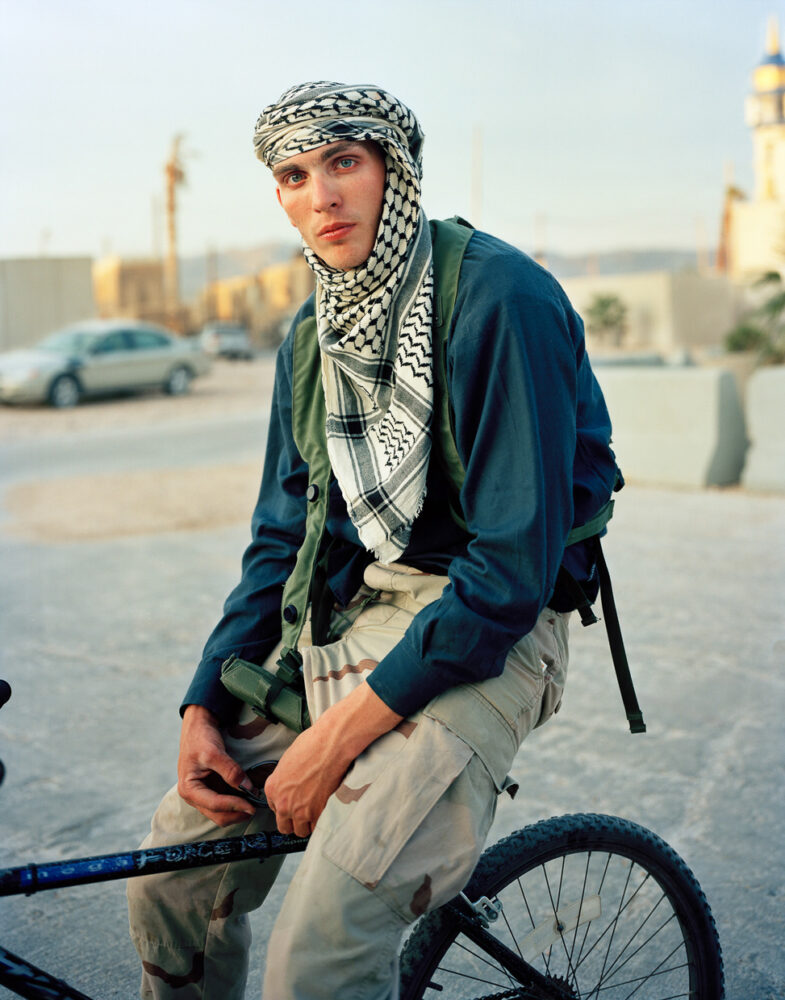 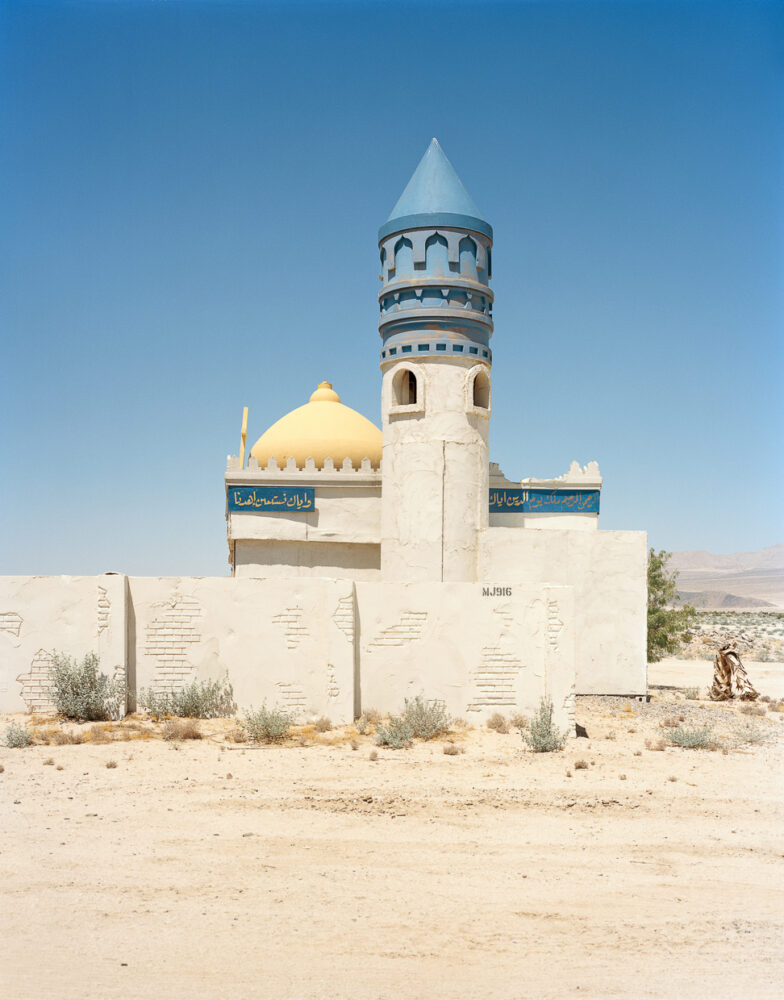 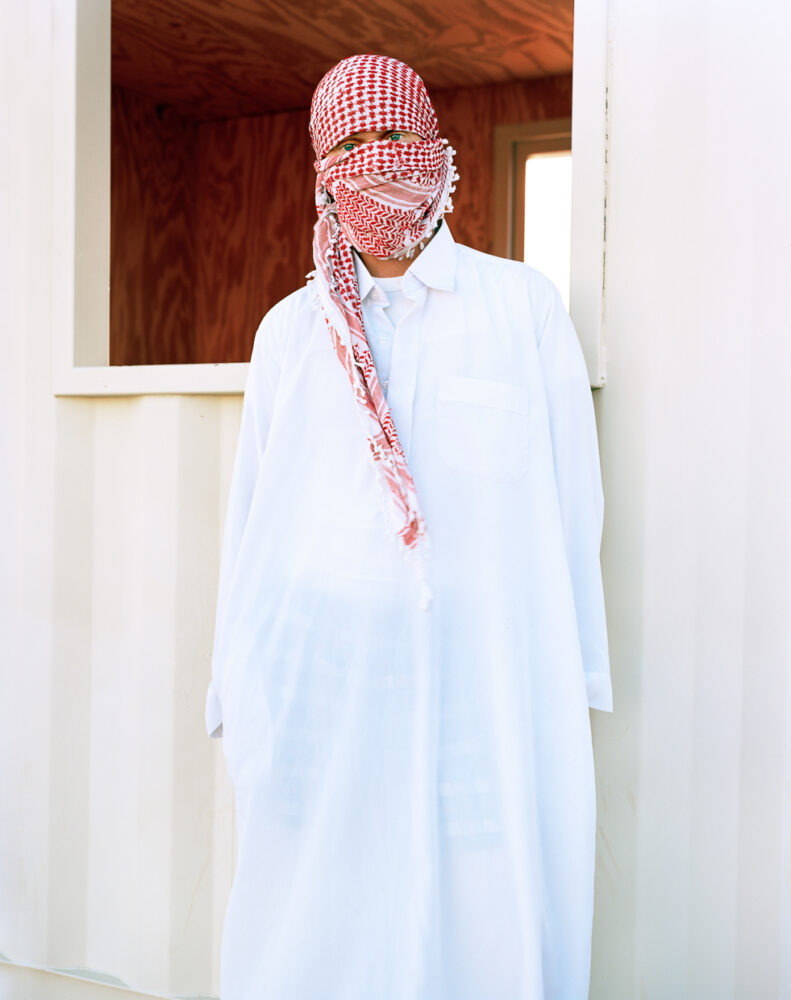 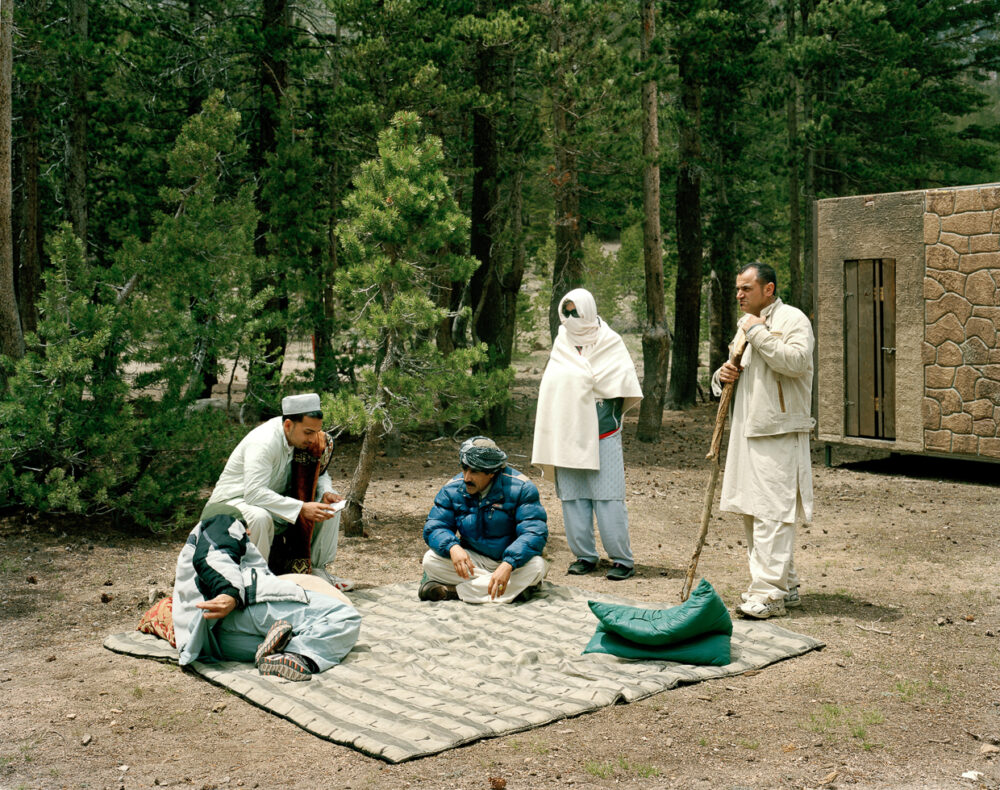