Born in Benton Harbor, Michigan, Bankston received his BFA from the University of Chicago and his MFA in painting from the School of the Art Institute of Chicago. In 2015, his work was included in a solo show entitled Dream to Dream: The Art of John Bankston at the Krasl Art Center in St. Joseph, Michigan. His work has been included in the inaugural California-Pacific Triennial at the Orange County Museum of Art; the traveling exhibition 30 Americans, organized by the Rubell Collection in Miami; Rehearsals: The Practice and Influence of Sound and Movement at the Savannah College of Art and Design Museum in Georgia; Figure Studies: Recent Representational Works on Paper at the Contemporary Art Museum in St. Louis; and The Bearden Project at the Studio Museum in Harlem. Bankston’s work is collected by many US museums, including the San Francisco Museum of Modern Art, de Young Fine Arts Museums of San Francisco, Wadsworth Antheum Museum of Art in Hartford, CT, Herbert F. Johnson Museum of Art at Cornell University in Ithaca, NY, and Smith College Museum of Art in Northampton, MA. Bankston is the recipient of many prestigious awards including a Joan Mitchell Foundation Painters and Sculptors Grant, a Louis Comfort Tiffany Foundation Grant, and a Fleishhacker Foundation Eureka Fellowship.

Using his signature coloring book style format, Bankston employs strategies in his work that introduce playful characters who develop commonality, shared interests, and explored behavior, as a metaphor for male relationships and the ability and resistance to form relationships and acceptance from peers. Themes of masculinity are exaggerated and challenged with the use of traditional macho accessories juxtaposed with flamboyant and often exuberant head pieces and clothing. Bankston takes the notions of “drag” and “impersonation” to a new level, in order to get to the root of important human traits such as trust, admiration, and love. 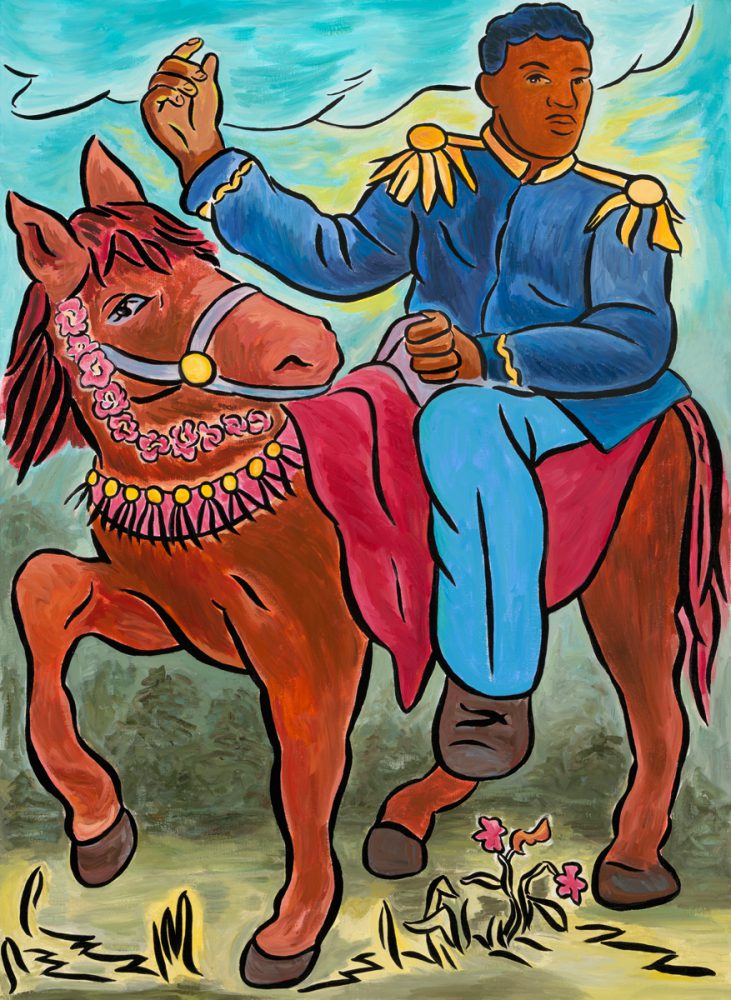 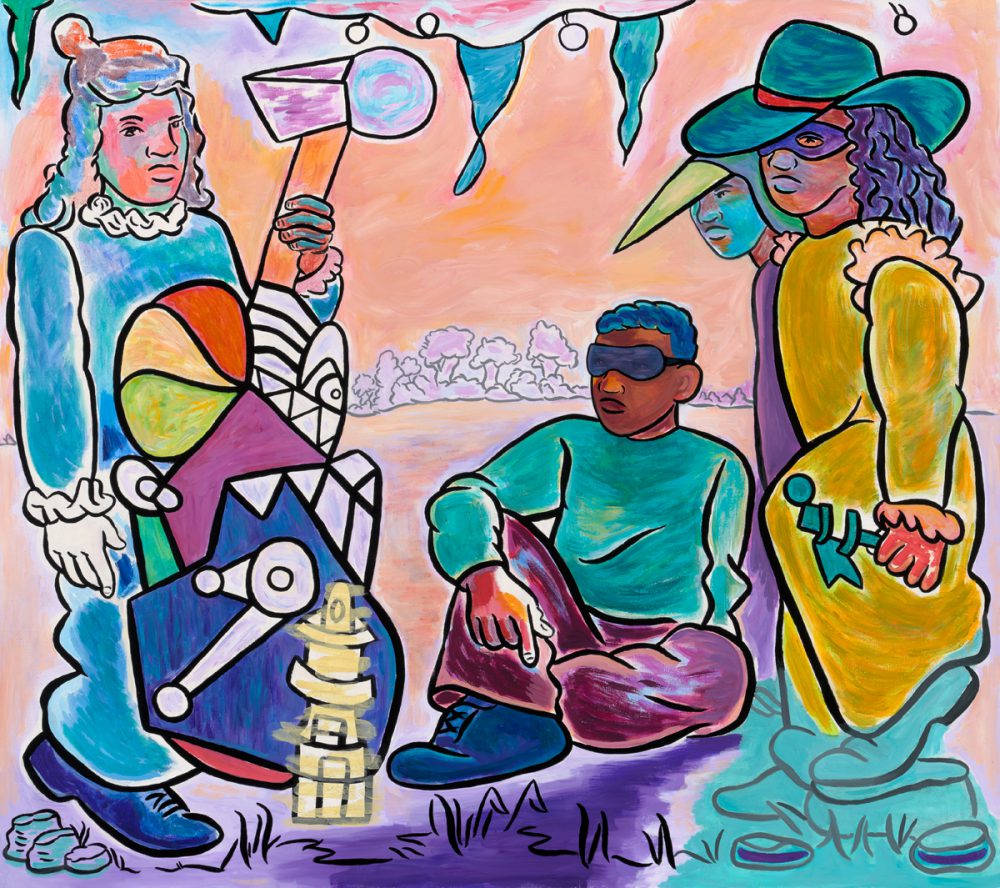 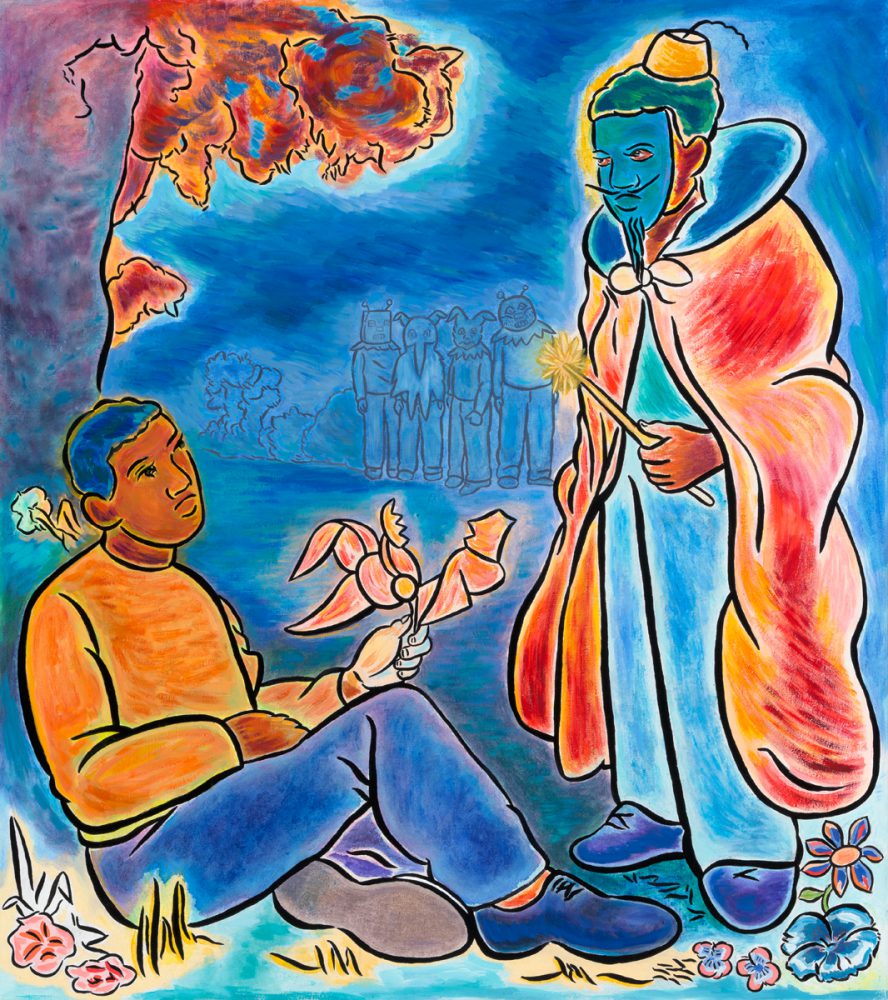 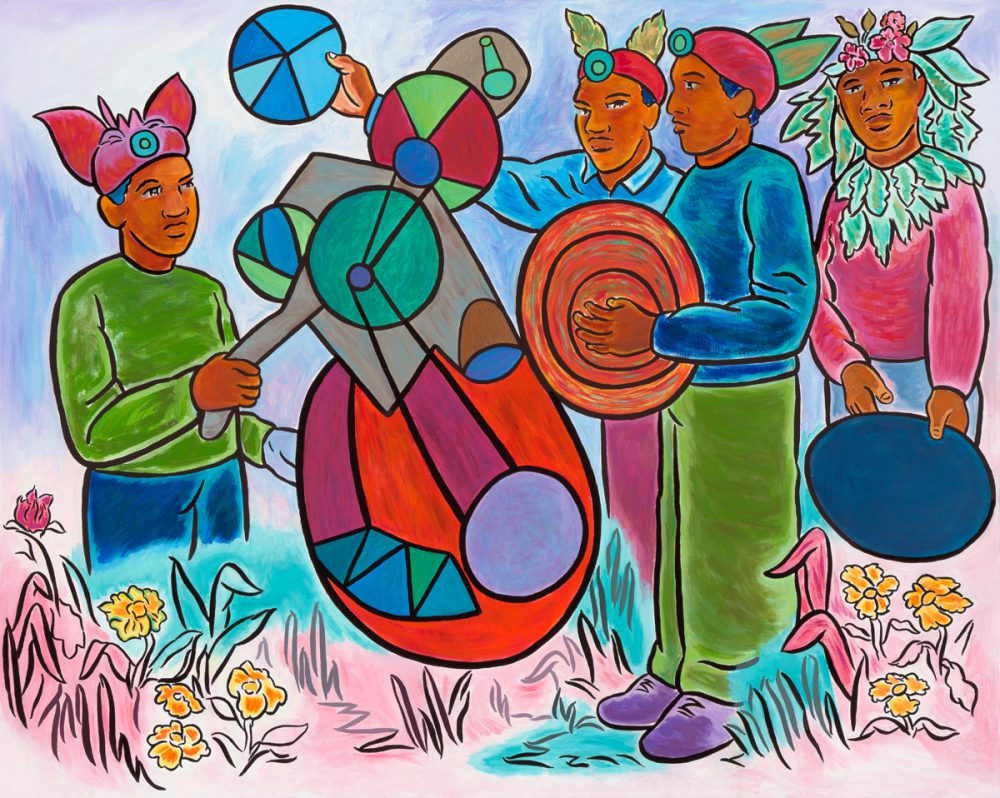 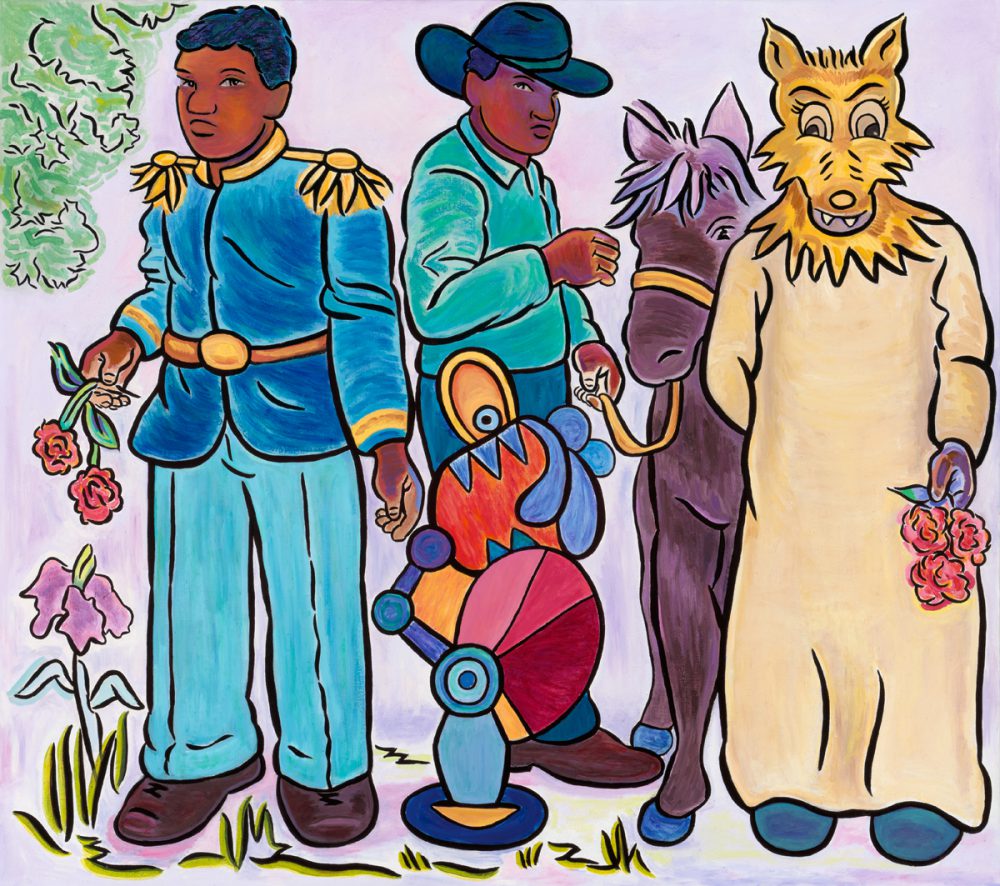 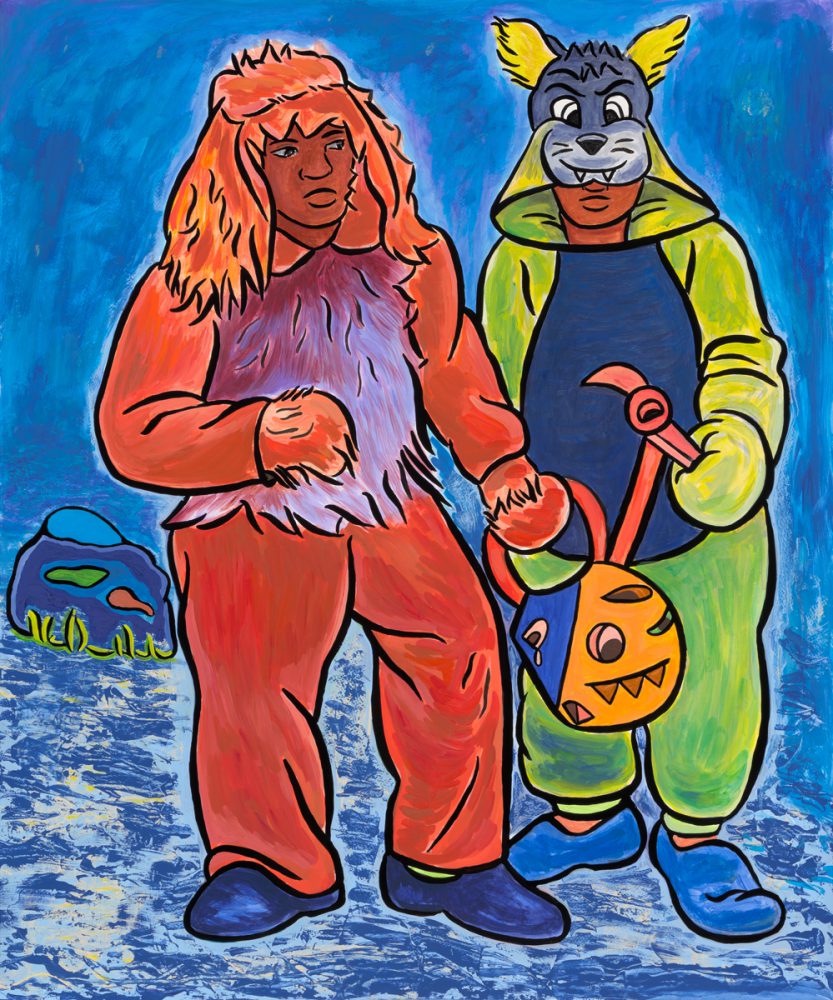 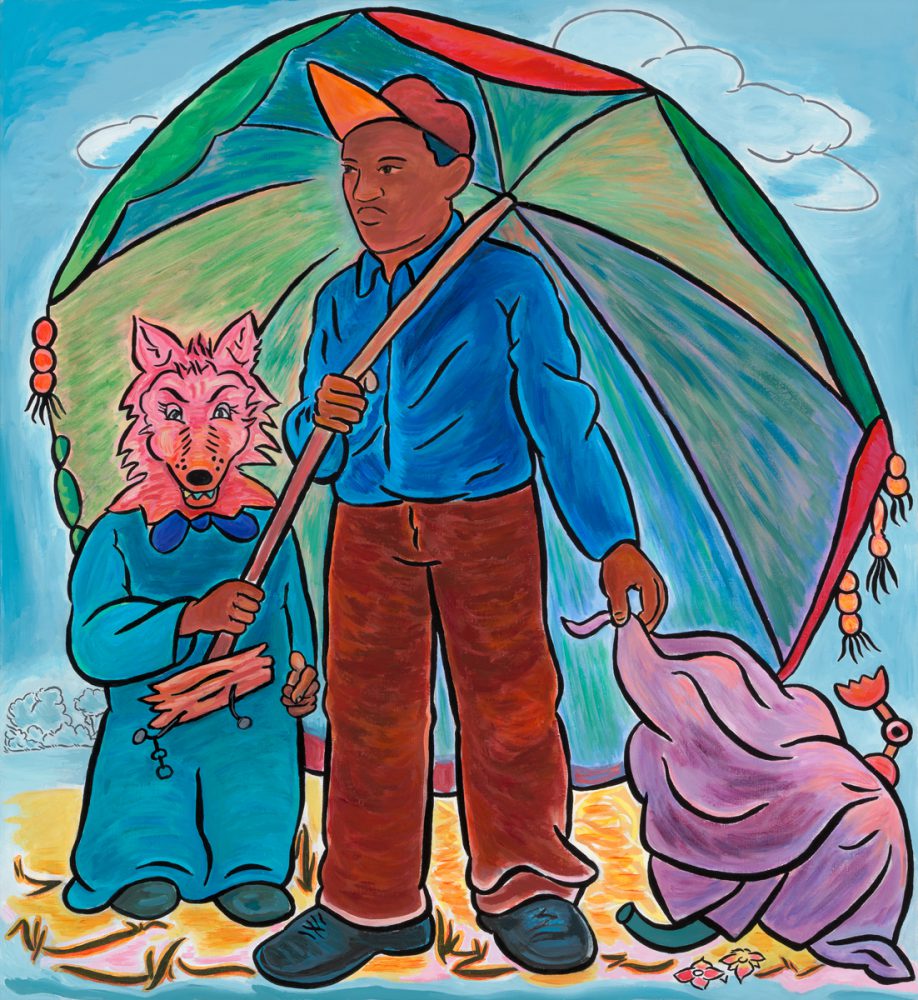 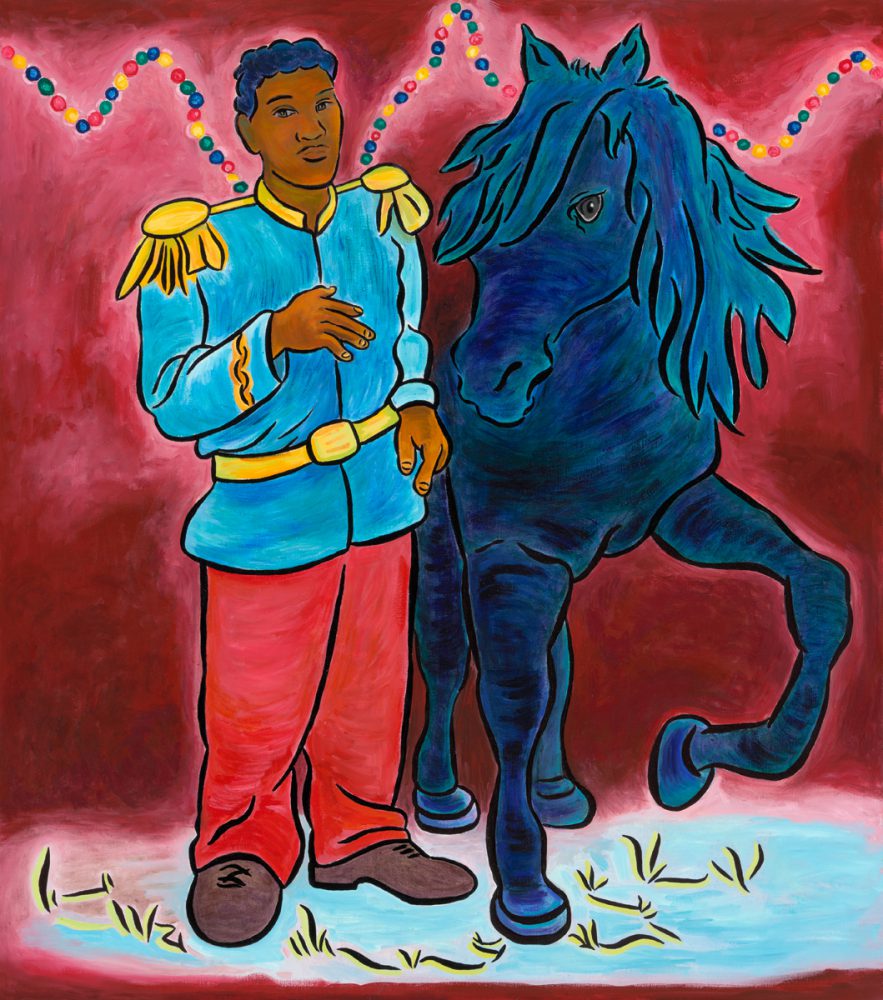 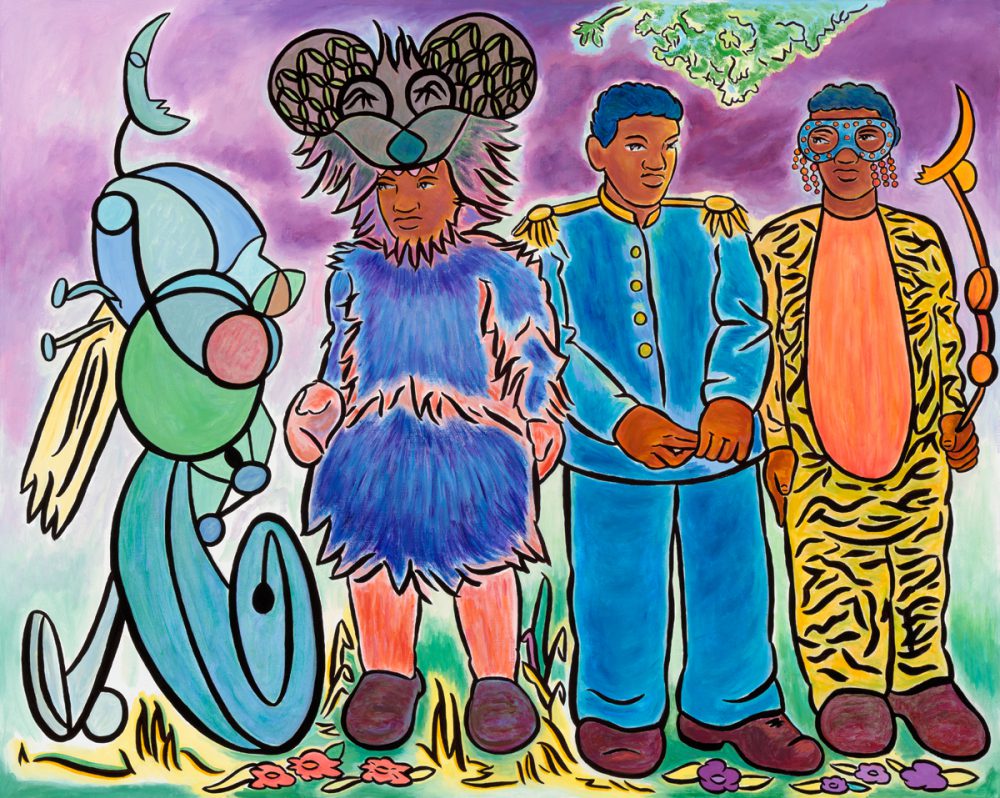 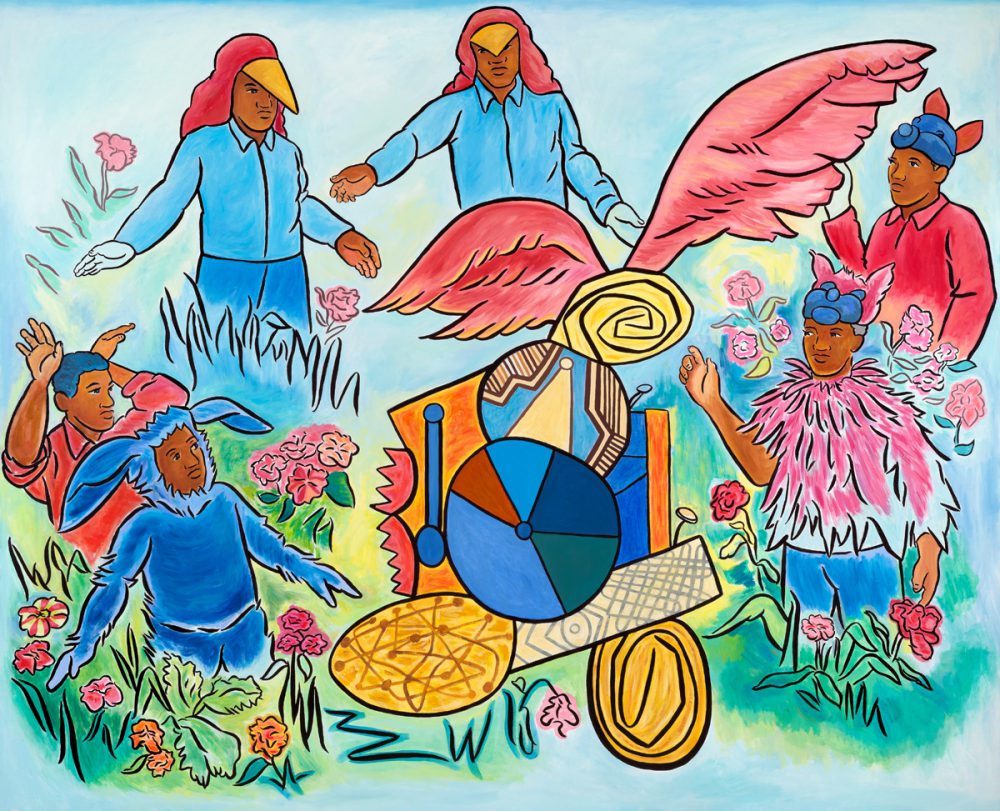