Kara Maria is a visual artist working in painting and mixed media whose recent work reflects on Earth’s biodiversity crisis and the place of animals in our increasingly unstable environment. Borrowing from the broad vocabulary of contemporary painting, Maria blends geometric shapes, vivid hues, and abstract marks with representational elements.

Maria received her BA and MFA from the University of California, Berkeley. She has exhibited work in solo and group shows throughout the United States at venues including the de Saisset Museum, Santa Clara University, CA; the Sonoma Valley Museum of Art, Sonoma, CA; the Nevada Museum of Art, Reno, NV; the Contemporary Arts Museum, Houston, TX; and the Katonah Museum of Art in New York.

Her work has received critical attention in the Los Angeles Times, the San Francisco Chronicle, and Art in America. In addition, Maria has been selected for many awards and honors, including a grant from Artadia, New York, NY; an Eisner Prize in Art from UC Berkeley; and the Masterminds Grant from SF Weekly. She has been awarded artist residencies at the Montalvo Arts Center, Recology Artist in Residence Program, Djerassi Resident Artists Program, and at the de Young’s Artist Studio.

Maria’s work appears in the permanent collections of the Berkeley Art Museum and Pacific Film Archive (BAMPFA); the Crocker Art Museum in Sacramento; the Fine Arts Museums of San Francisco (Achenbach Foundation); the San Jose Museum of Art; and the Cantor Center at Stanford University; among others.

“I paint carefully rendered miniature portraits of endangered animals into larger compositions to raise questions about Earth’s biodiversity crisis and the place of wildlife within increasingly unstable habitats. Swirling and exploding shapes, bright colors, representational elements, and unlikely spatial relationships in the greater painting illustrate how our progressively chaotic environment displaces fauna and the systems that support it.

The first paintings I did of this kind included well-known animal representatives of the current trend of mass extinction, such as the polar bear and monarch butterfly. Elizabeth Kolbert’s 2014 book The Sixth Extinction, in which she asserts that we are now witnessing the largest mass extinction since the annihilation of the dinosaurs about sixty-six million years ago, inspired this work and compelled me to paint a Panamanian golden frog, one of the animals whose stories she discusses at length. Alongside images of globally endangered species, other paintings focus on local animals – those from the US and especially those from California.

The impact of species loss on human survival is a deep concern that informs the ideas behind my artwork. Wild animals are at tremendous risk from poaching, farming and agricultural projects, urbanization, and other operations that encroach on natural spaces, as well as rising levels of carbon dioxide in the atmosphere, higher temperatures, and multiplying disasters such as fires, hurricanes, and floods. The consequences jeopardize our collective future. Humans are not independent of the natural world’s ecosystems. I urge people to contemplate what we risk losing.” 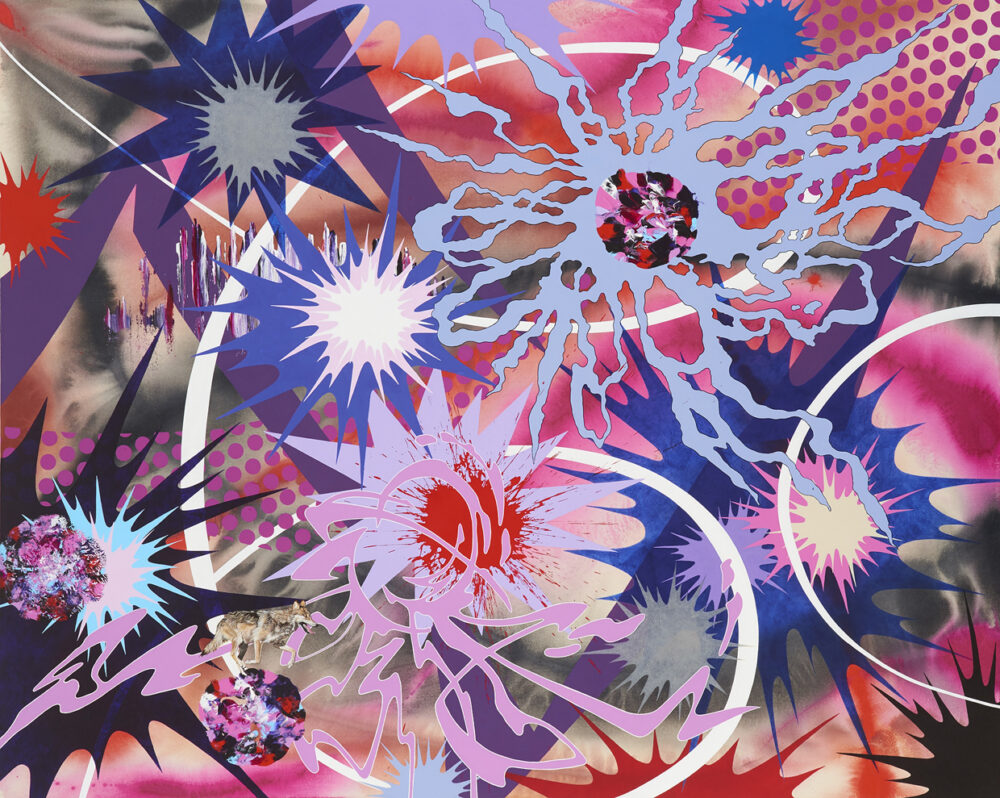 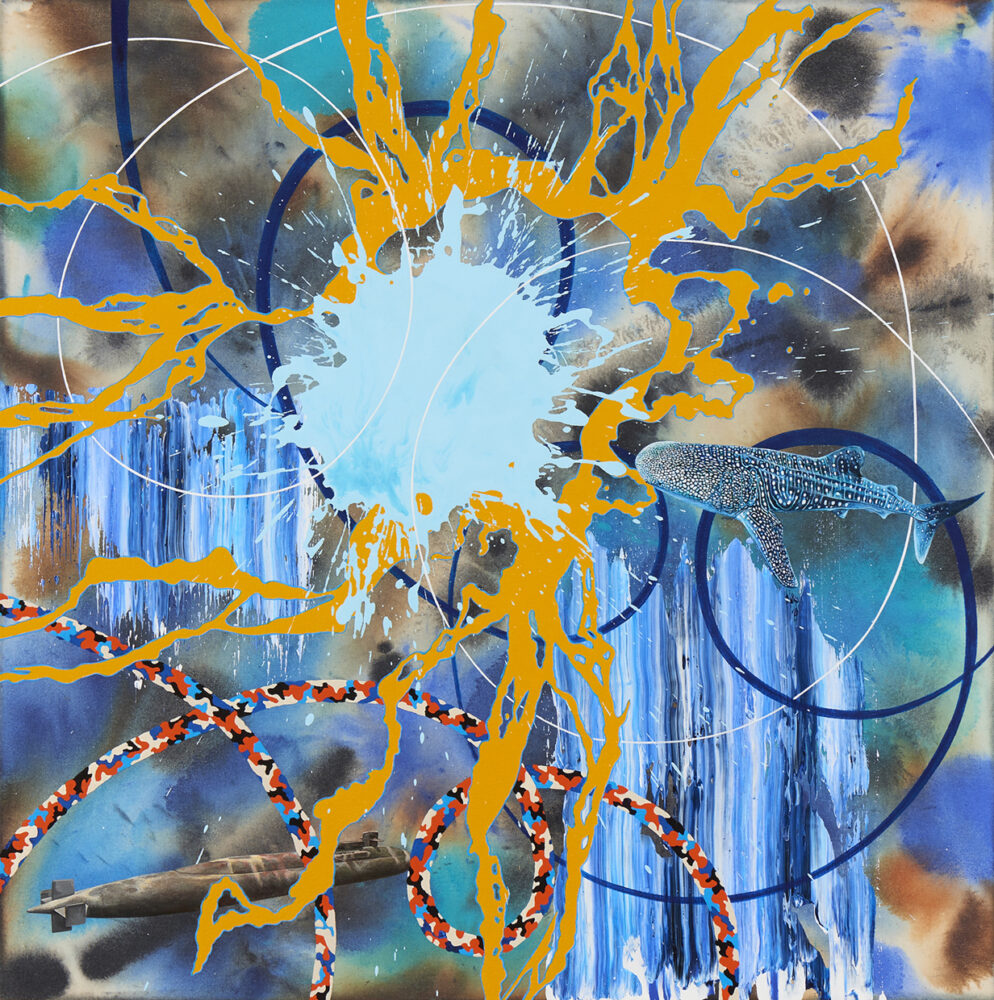 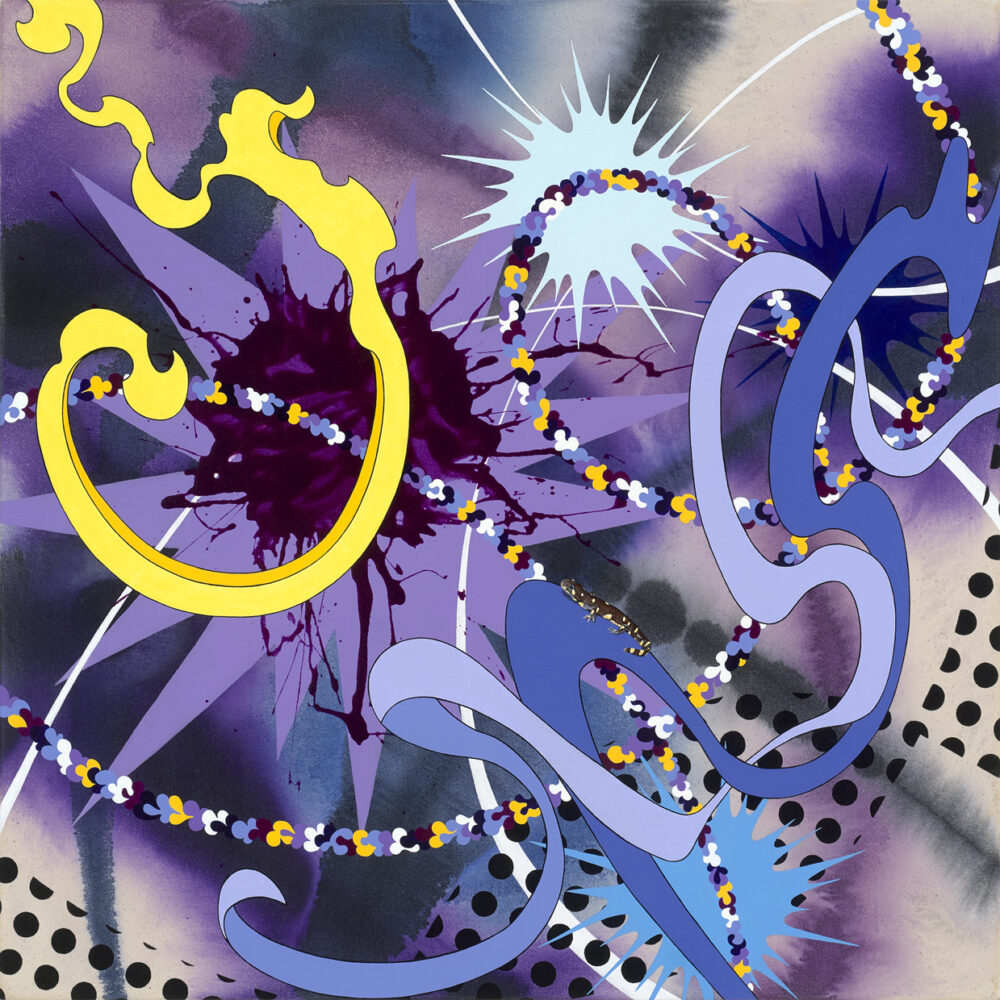 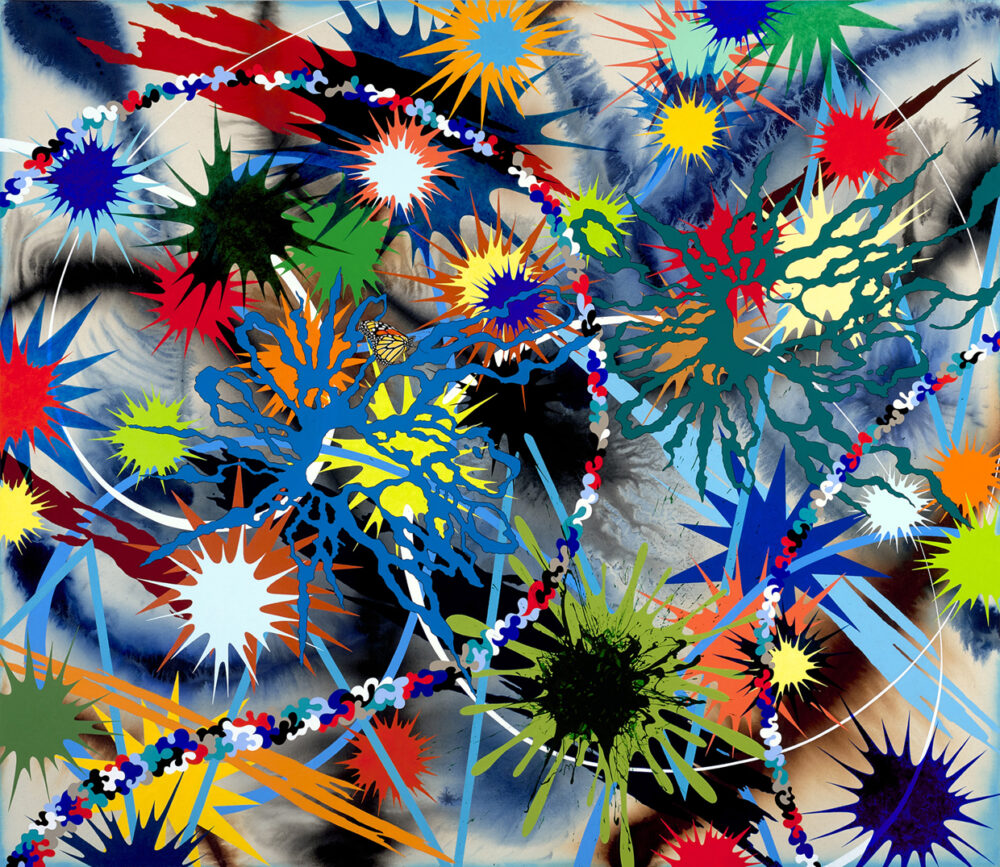 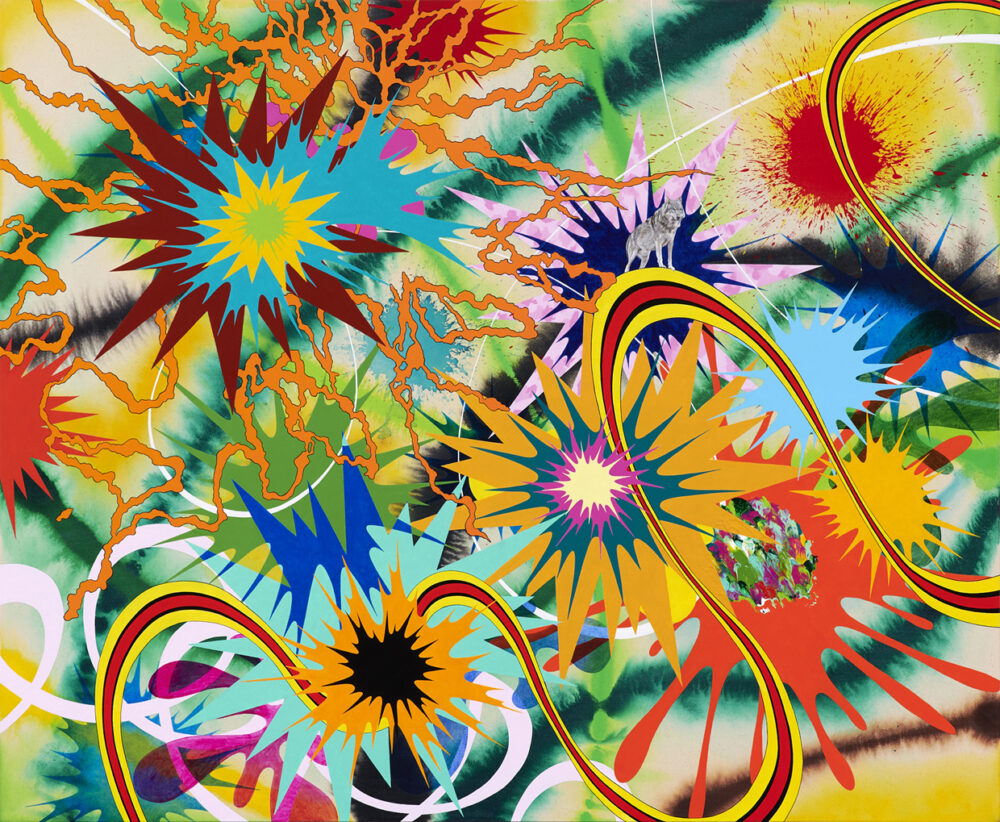 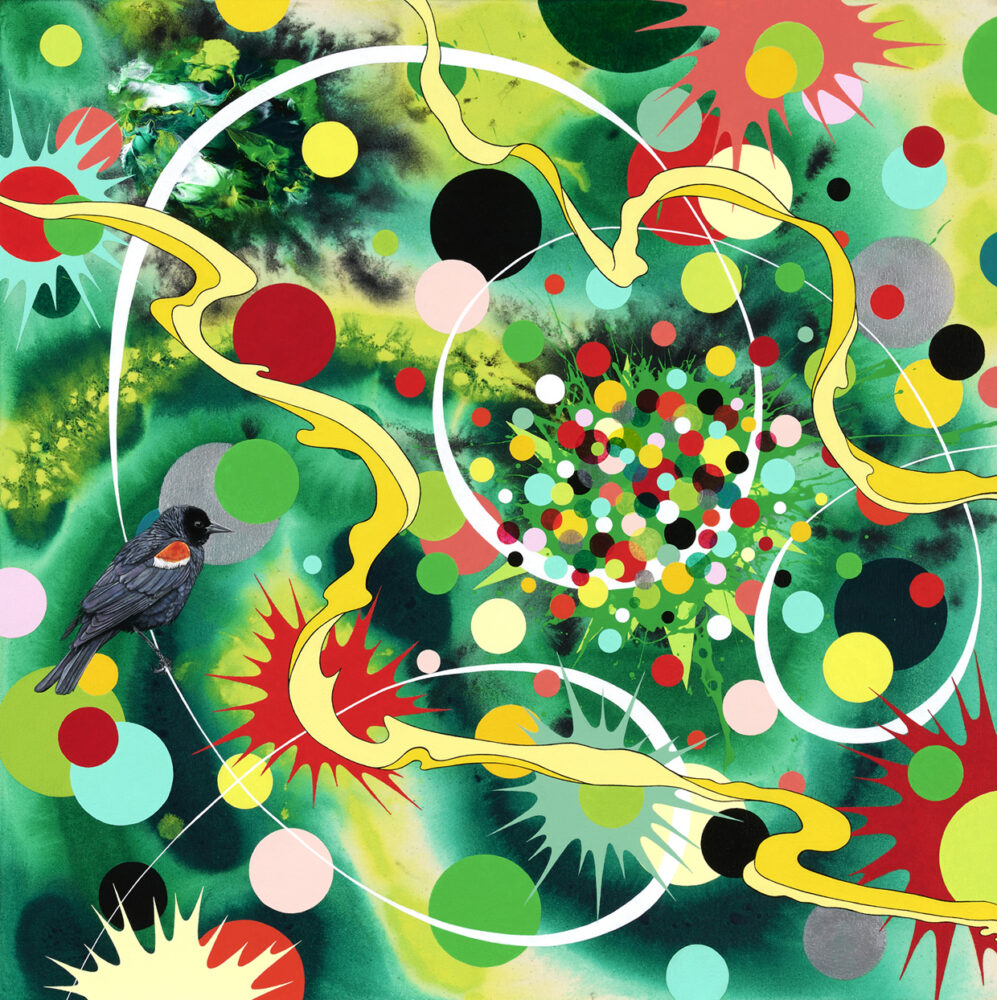 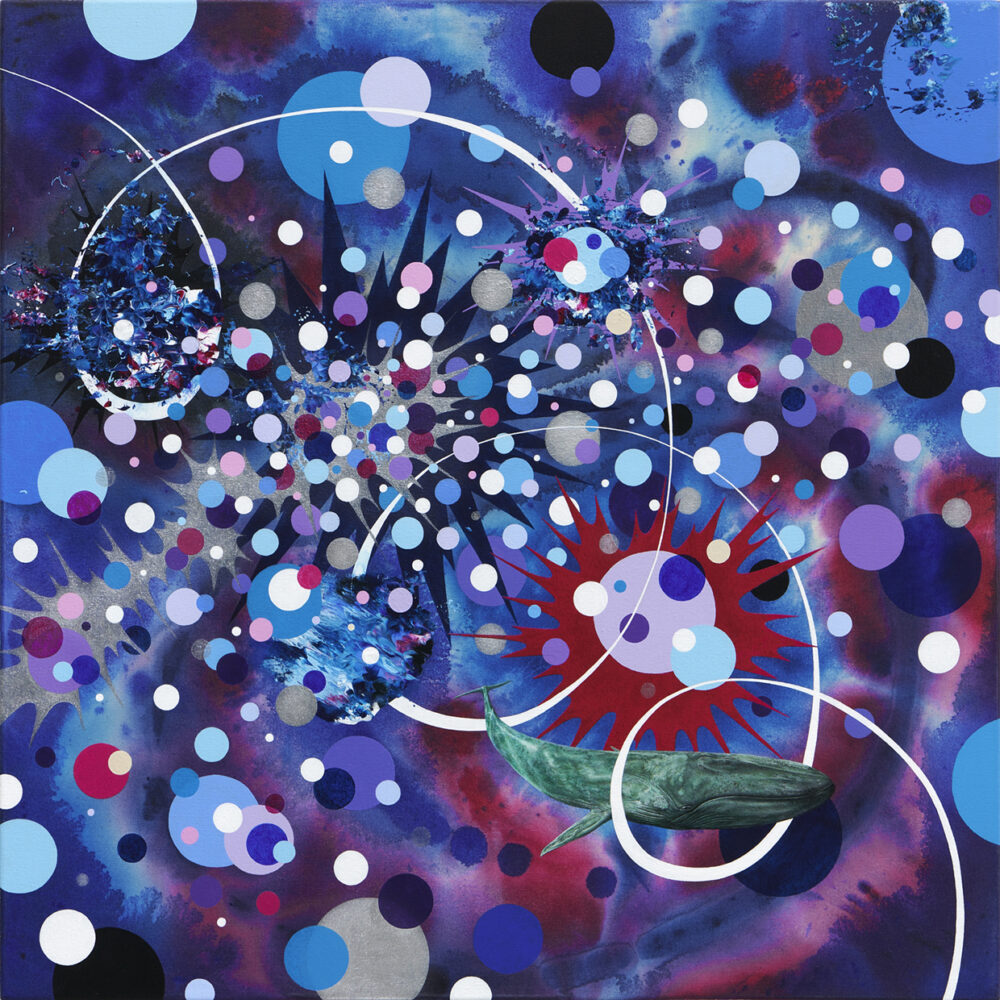 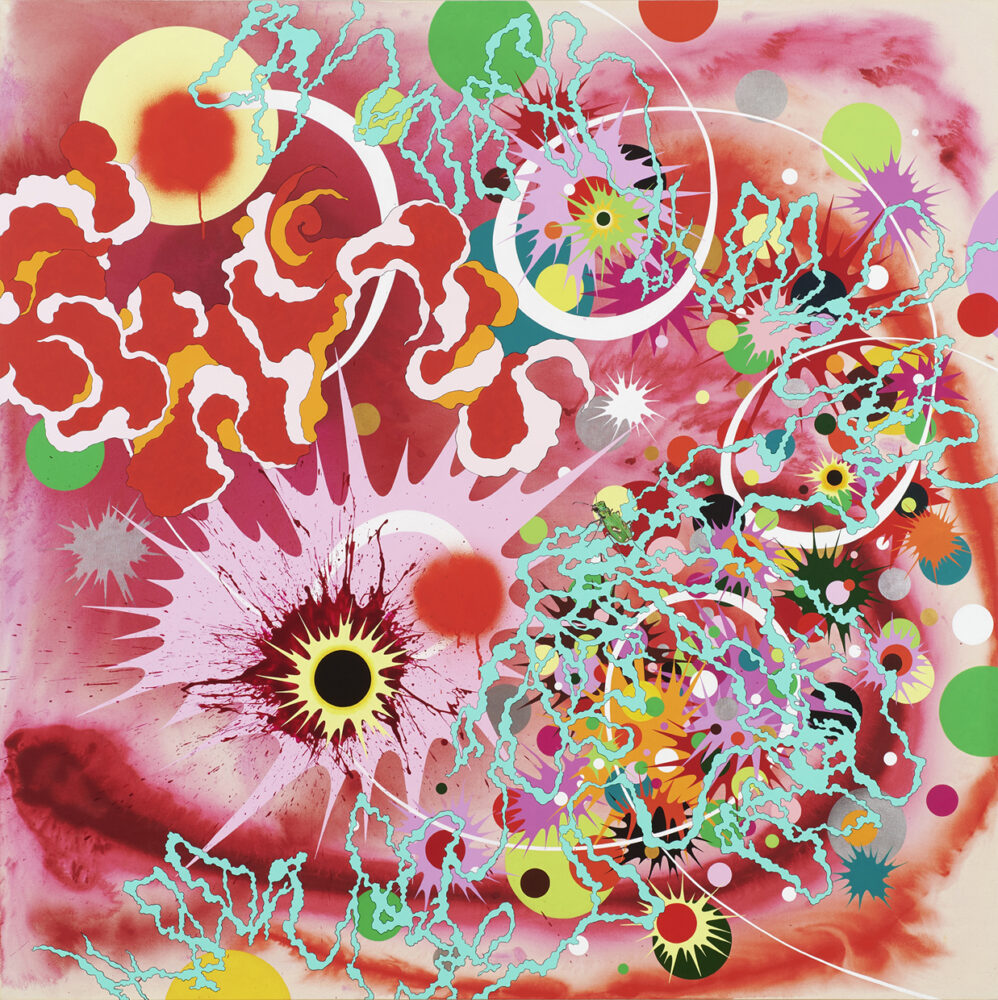