“Often invoking the trickster in his work, Masud Olufani’s multidisciplinary practice looks to our ancestors and powerfully envisions the narrative traditions of African and African American folklore, with a particular focus on collective memory as it is manifested in the American South.“-Raina Lampkins-Fielder, Curator, Souls Grown Deep Foundation, Atlanta

Masud Olufani is an Atlanta based multidisciplinary artist born in Los Angeles and raised in New York City, New Orleans, Miami, Dallas and Atlanta. He is a graduate of Morehouse College, and The Savannah College of Art and Design where he earned an M.F.A. in sculpture in 2013. Masud has exhibited his work in group and solo shows nationally and internationally. He is the 2021-22’ inaugural Visual Arts Fellow at Emory University in Atlanta, GA. The artist has completed residencies at The Vermont Studio Center; The Hambidge Center for Arts and Sciences; and Creative Currents in Portobello, Panama. He is a 2017 Southern Arts Prize State Fellow; a recipient of a 2015 and 2018 Idea Capital Grant; a Southwest Airlines Art and Social Engagement grant; and a recipient of 2015-16’ MOCA GA Working Artist Project Grant. He is the creative director of Blocked: A Global Healing Project, an multimedia performance created to memorialize spaces marked by the trauma of the trans-Atlantic slave trade. As an actor, he had a recurring role on the BET series The Quad, and has appeared in numerous television shows including Greenleaf; Being Mary Jane, Devious Maids, Satisfaction, and Nashville. He is a featured actor in the film biopic All Eyez on Me. He was the co-host of the PBS news based investigative journalism show Retroreport, which aired nationally in 2019. He is the co-host of Undaunted, a new podcast series that centers the work of social change makers. As a writer, Masud has published articles for Burnaway; Baha’i Teachings; and is a featured contributor for the Jacob Lawrence Struggle Series catalog, produced to coincide with a major exhibition of the Struggle Series paintings.

“My multidisciplinary practice explores the resonance of memory; the narrative traditions of African and African American folklore; and methodologies of constructive resilience implemented by marginalized communities to maintain cohesion and ensure survival. I work with a disparate assortment of materials and studio methods to investigate how objects operate in both the objective and subjective realities, and how history tethers those objects to individual and collective memory. Thematically my work addresses issues such as social marginalization; racial justice, and iterations of constructive resilience. My devotion to craft and the slow methodical realization of an idea in visual form reflects my belief in the maker’s ability to imbue the object with spirit through physical labor, fueled by vision and creativity. My work is often layered with multiple references and meanings that avoid trite summations. A prevailing archetype in the conceptual framework is that of the ‘trickster’, who exists at the crossroads; the meeting place between opposing ideas. At this intersection of possibilities we are asked to choose, to interpret a set of visual indicators which point towards a direction without being didactic. It is the elasticity of the visual language; it’s ability to expand and contract–accommodating multiple meanings–that compels and inspires me.

I believe that creativity at its best, fulfills a practical, functional role in society. Art is endowed with the capacity to inspire, impart knowledge, dismantle destructive hierarchies and strengthen communities through cultural exchange and collaboration. I draw inspiration from the traditional role of art in indigenous communities of Africa and the Americas where it is woven into every aspect of community life, and not viewed as an exclusive endeavor of the initiated. My involvement with public art projects such as Elder, a work commissioned by the Freedom Parks Conservancy in Atlanta that involved partnering with the Alumni Association of the David T. Howard School (one of only two Atlanta schools that educated Black students during the time of segregation), has strengthened my belief that creativity can serve as a powerful catalyst for social cohesion and interdependence.” 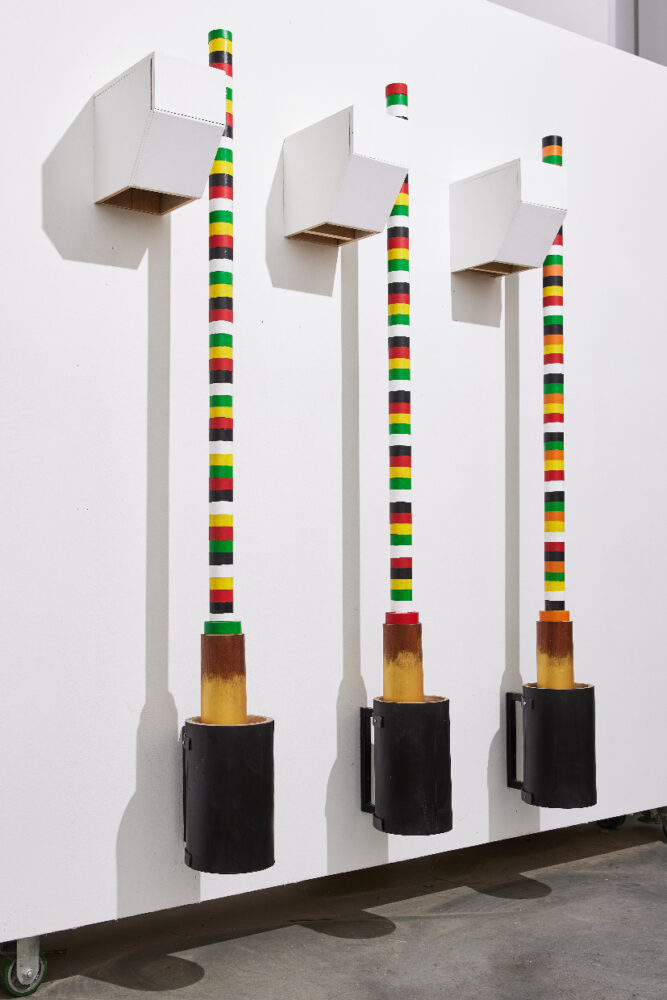 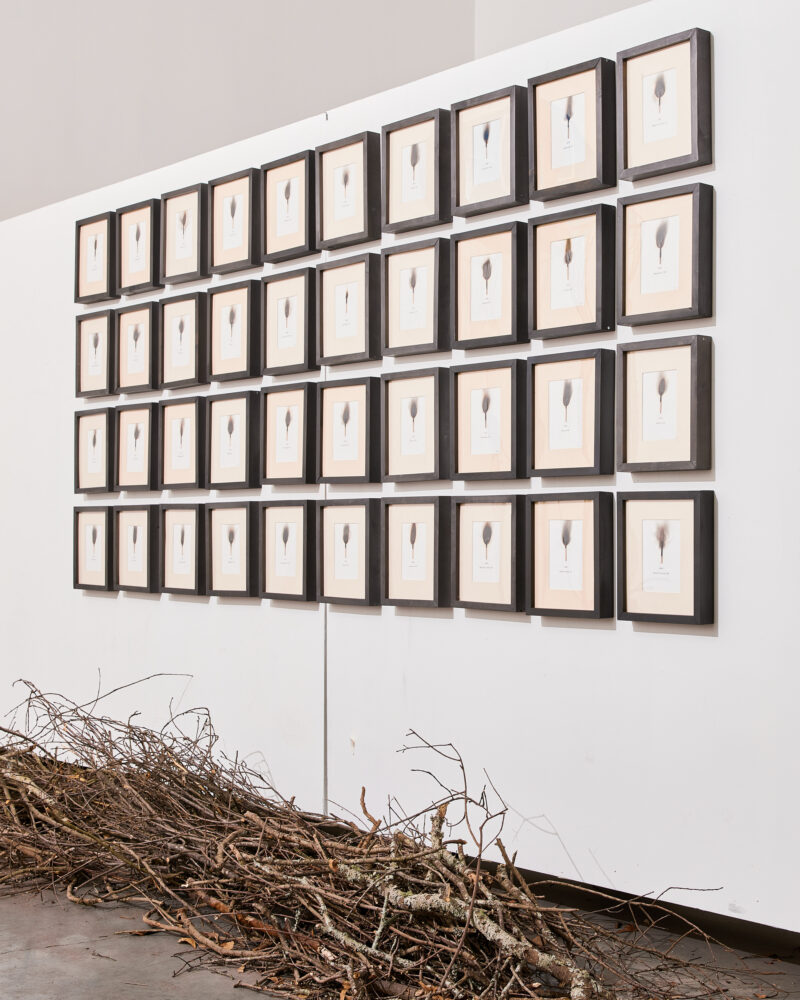 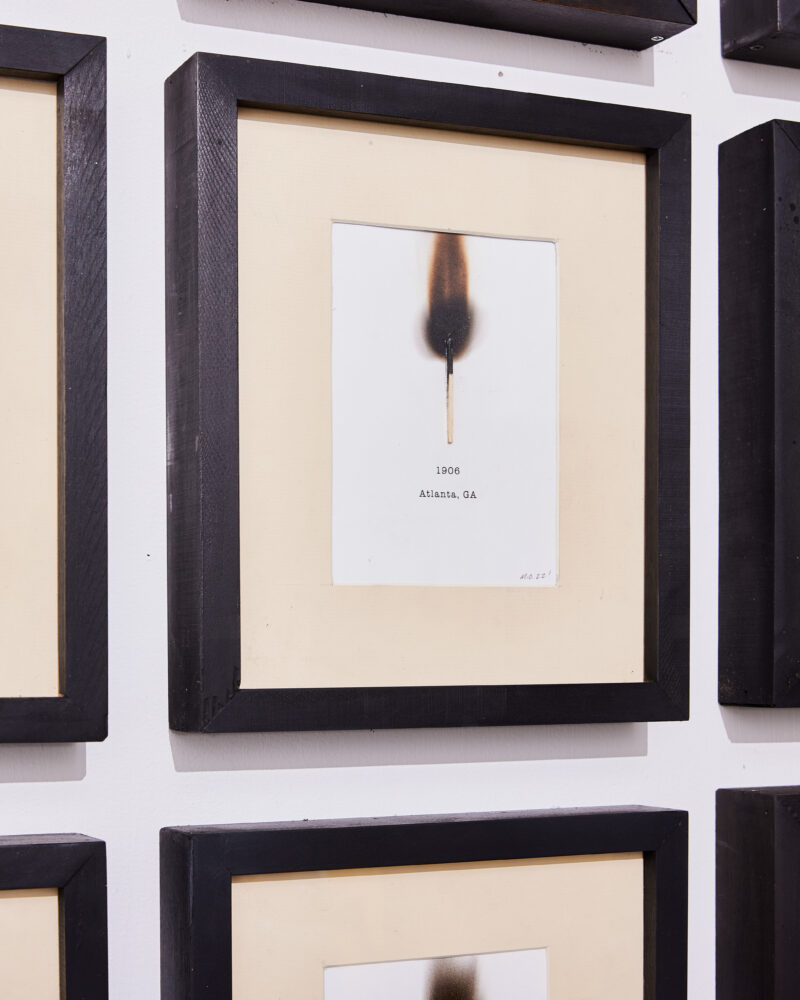