Within his small-scale, precisely rendered works on paper, the artist’s private thoughts become public as he transcribes his ideas into intricate drawings. Sontheimer shares his internal dialogue through an obsessive process rendered as a stream of consciousness, focusing on the analysis of a single museum label. Presented as a sprawling discourse between two parties identified as “miner” and “weigher” by their specific symbols, the artist winds his way through a variety of seemingly disparate topics, including font choices, four color printing, television shows, movies, and graphic design. Many of Sontheimer’s drawings embody the artist’s keen sense of humor and sarcasm.

Sontheimer renders the stacked, maze-like planes of his dialogue in both printed text and his own handwriting, often punctuated with his own sidebar comments about formal elements within the drawings. Around collaged images of artwork or scenes from popular sculpture, the artist displays a running dialog of his contemporaneous thoughts and responses, streaming across the page like tiny banners in online discussion boards. At times reading as both visual blog and conceptual play about the nature of representation and meaning, Sontheimer’s drawings revel in the exploration of ideas and the very act of discussion. 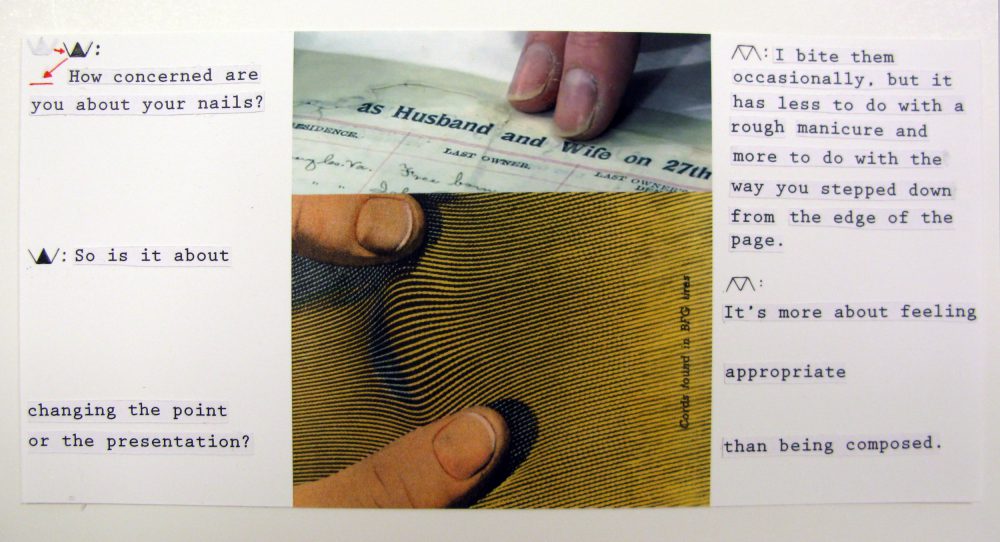 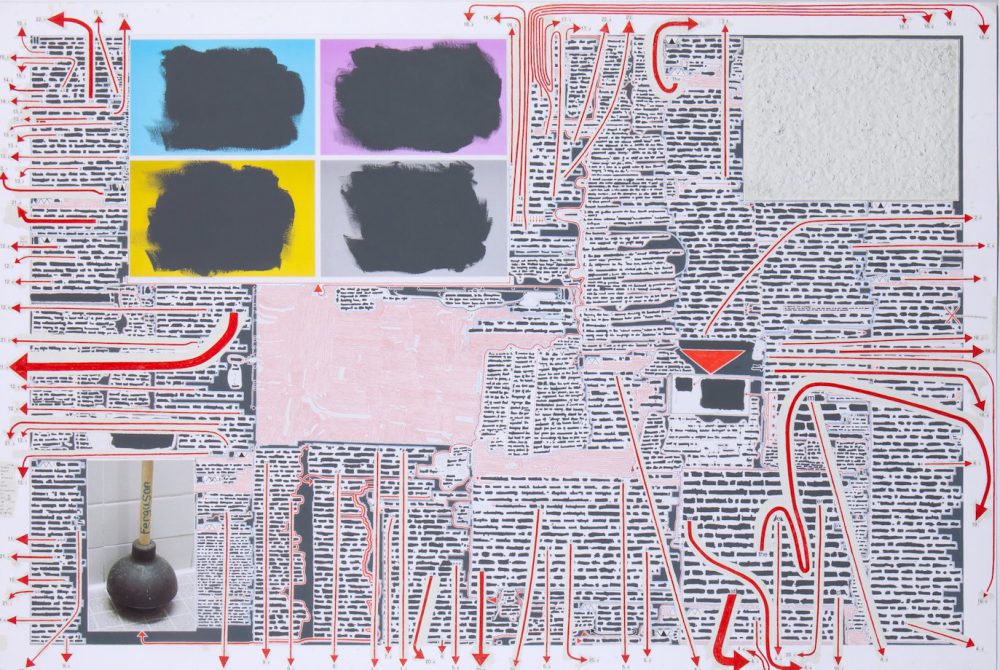 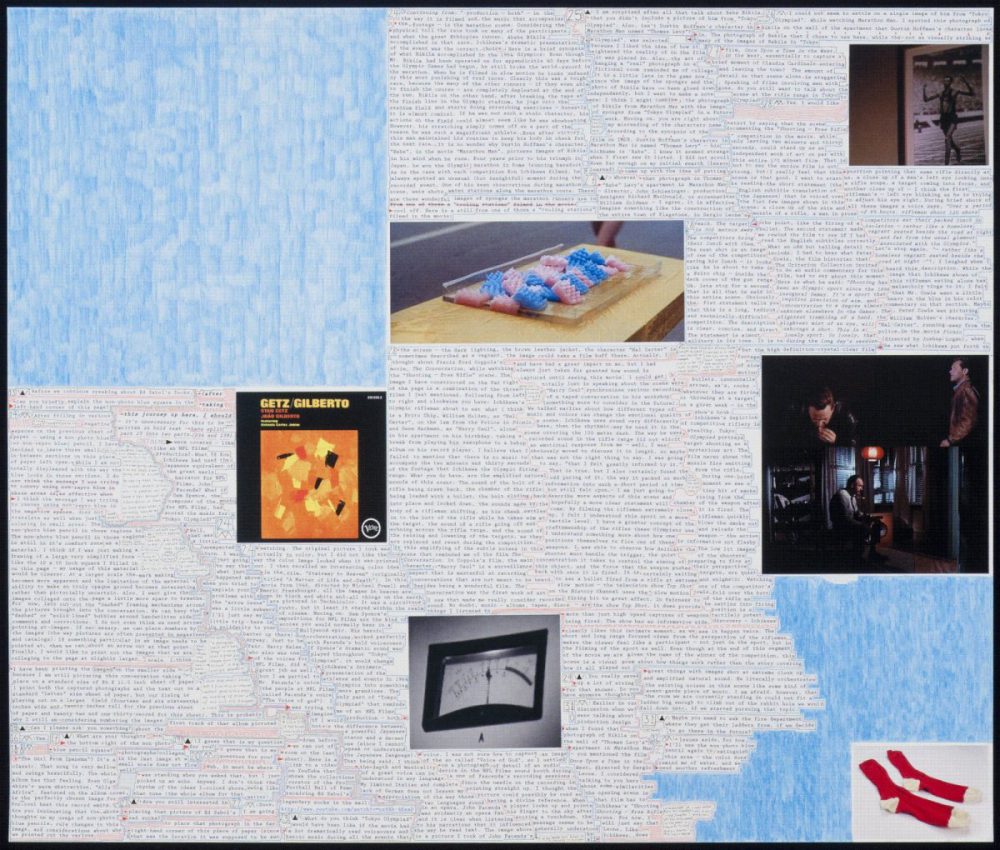 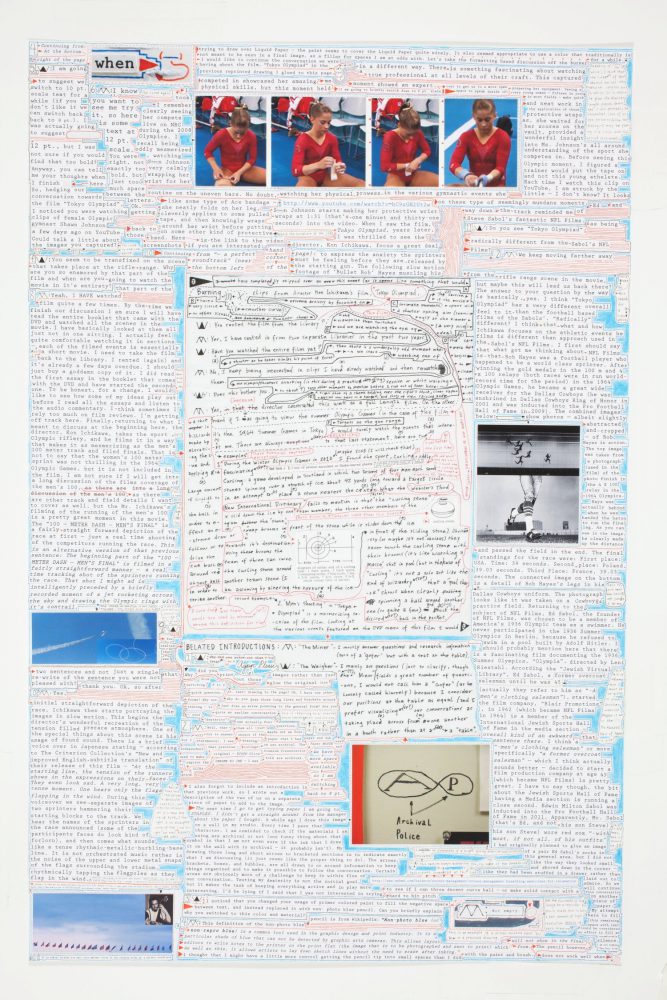 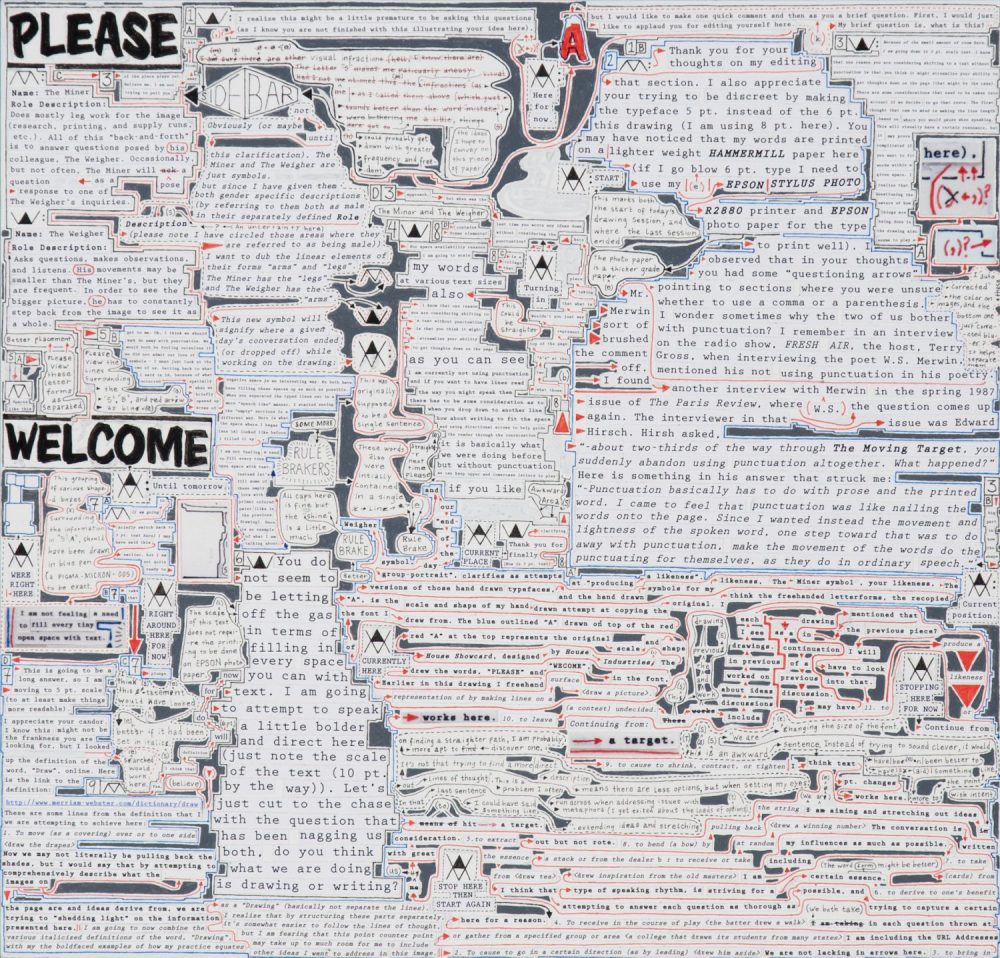 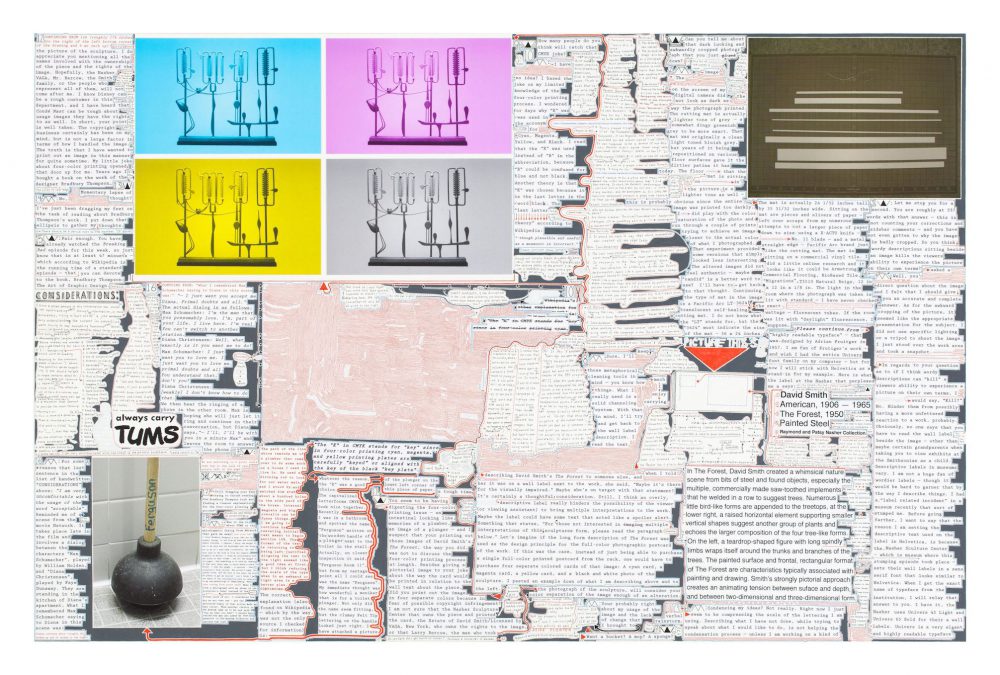 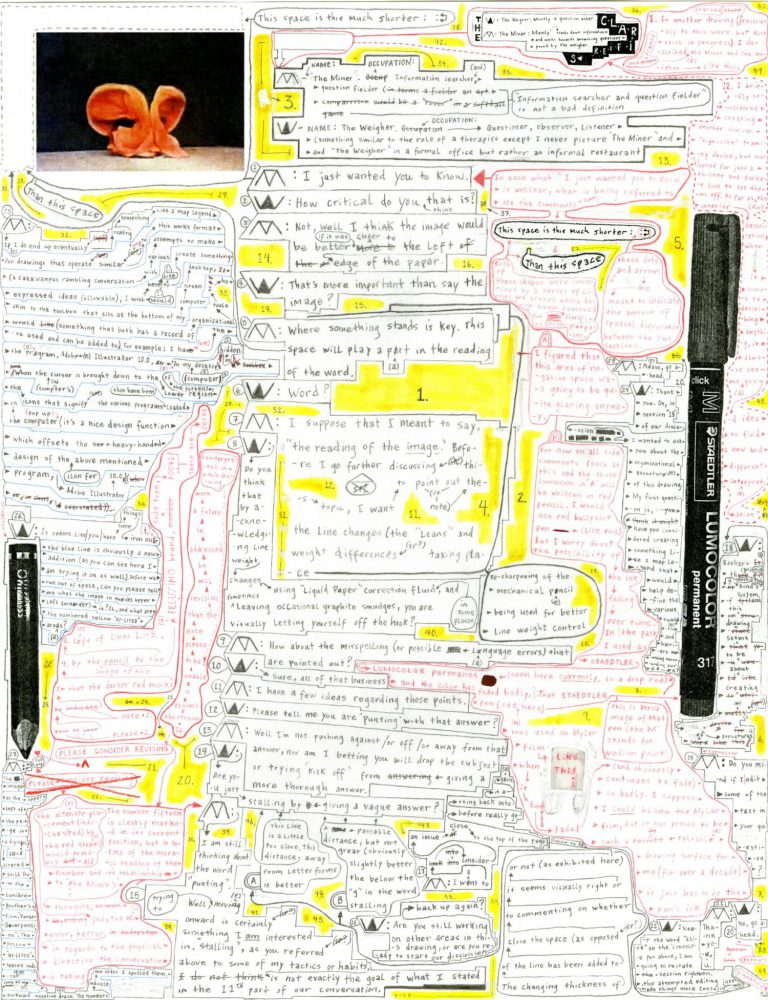 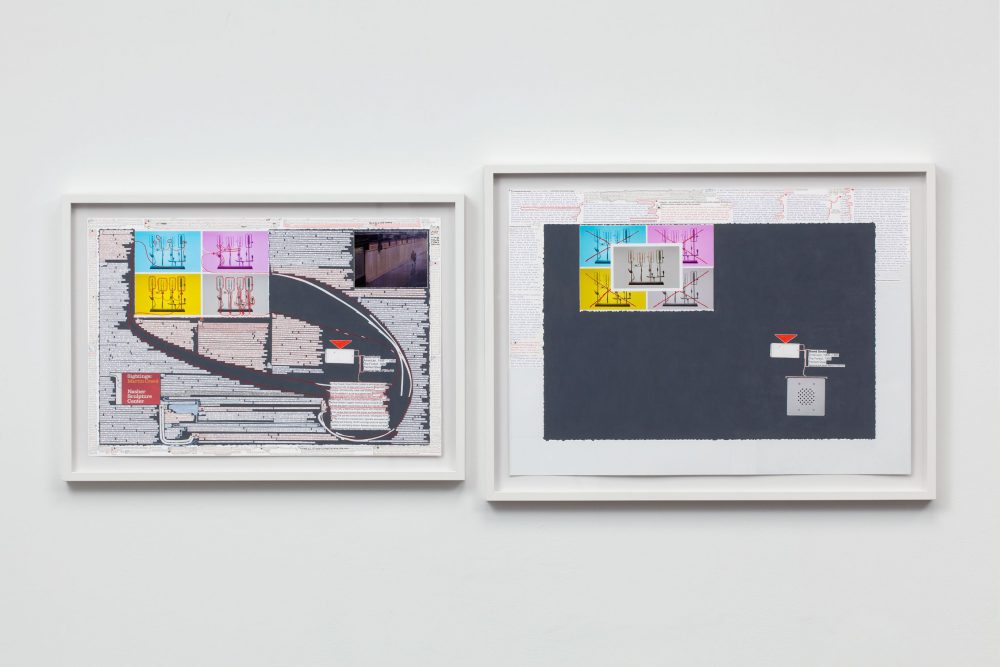