Nick Brown is a Los Angeles based artist and curator. Born in England, Brown currently resides in Los Angeles. His work has been exhibited at numerous galleries and museums nationwide, such as the Museum of Contemporary Art in Chicago (2002), The Drawing Center, New York (2002), PS 122 in New York (2005), the Torrance Art Museum (2014 & 2015) and The Rema Hort Mann Foundation benefit auction (2018). He has received grants from the California Institute of Contemporary Art, the Vermont Studio Center, where he also was awarded a residency, and from Artadia in New York. Curatorial projects include Werewolf, an exhibition at Charlie James Gallery (February 2016). Brown was awarded the Emerging Curators Award from LACE, Los Angeles in January 2017 and has an exhibition slated for 2023 at Angel’s Gate, Los Angeles.

Brown’s oil paintings are naturalistic vanitas reflecting a temporal state of impermanence. Thinly painted passages build up to areas over an inch thick, the ephemeral shifting to the substantial. Key elements are defined in negative space, suggesting instability. The substrates are deconstructed, riddled with holes, torn and fragmented from traditional formats. These strategies combine to create an experience of simultaneously beginning and ending without ever coming to form. Building on haiku poetry’s use of Winter as a seasonal metaphor for death and time of day representing a locale in a life cycle new developments incorporate broken mirror, mirrored paper, pressed flowers, crushed seashells, antlers, candles and other objects. These objects are used for metaphorical, symbolic, spatial-temporal purposes and reflect an interest in animism and interconnectivity while also directly relating to traditional vanitas objects.
nickbrownart.net
Instagram 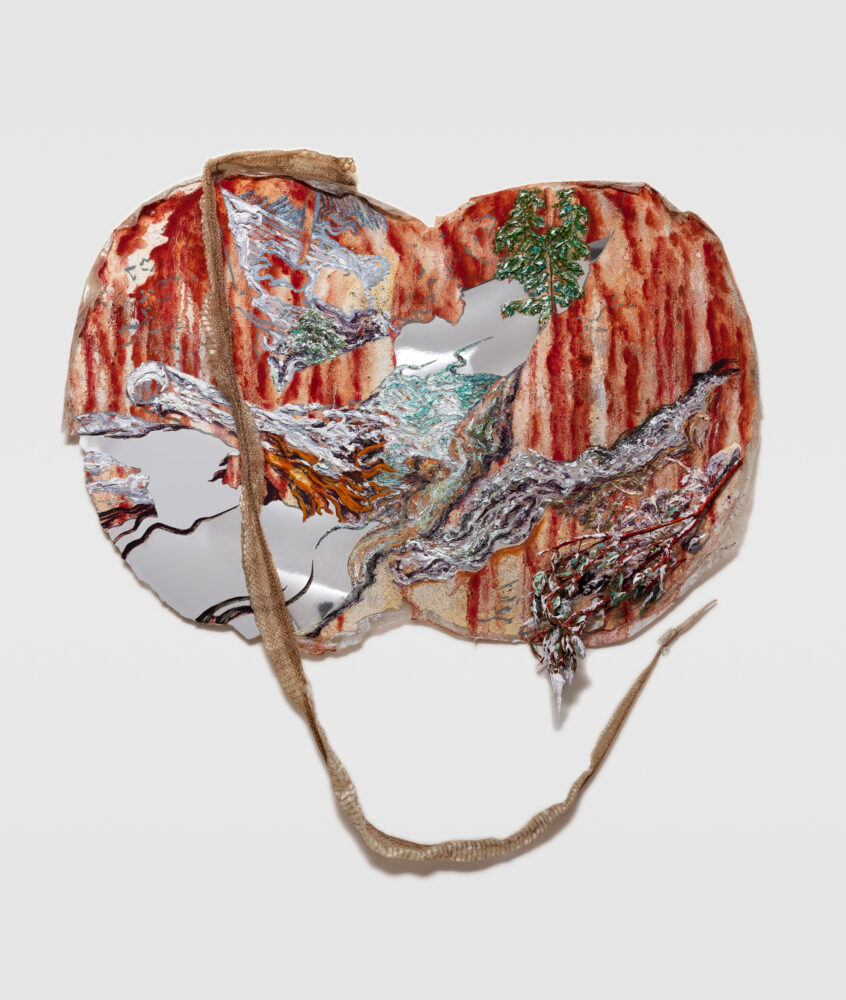 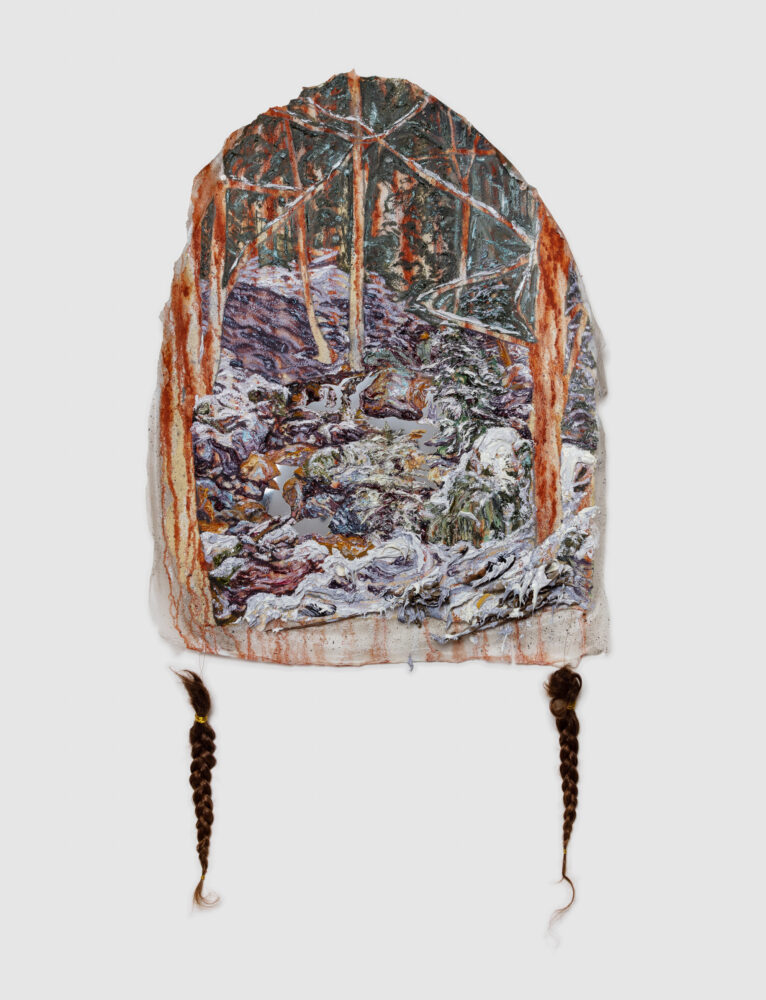 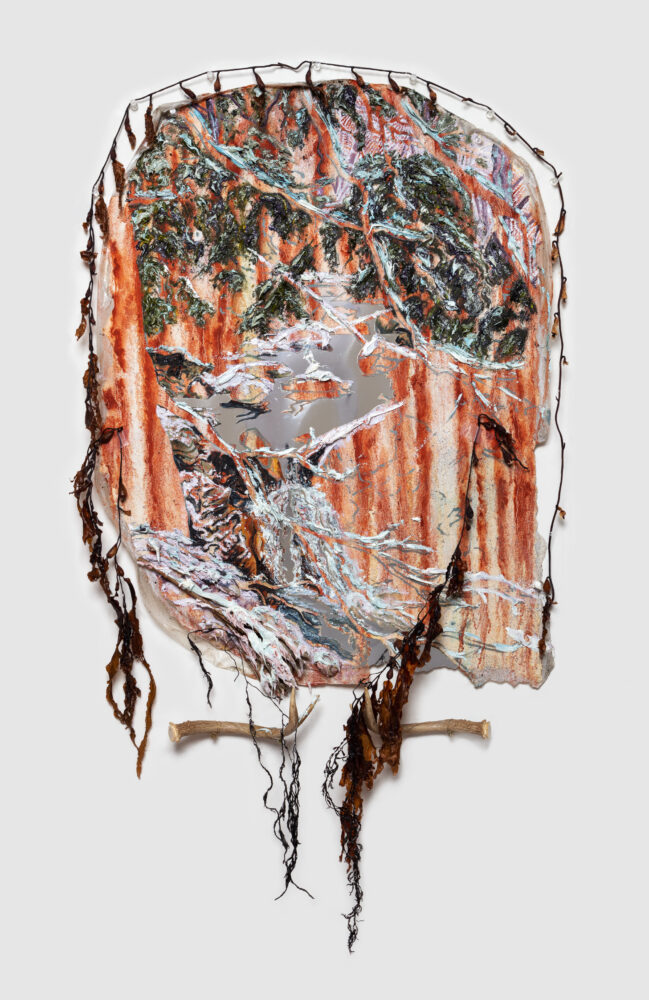 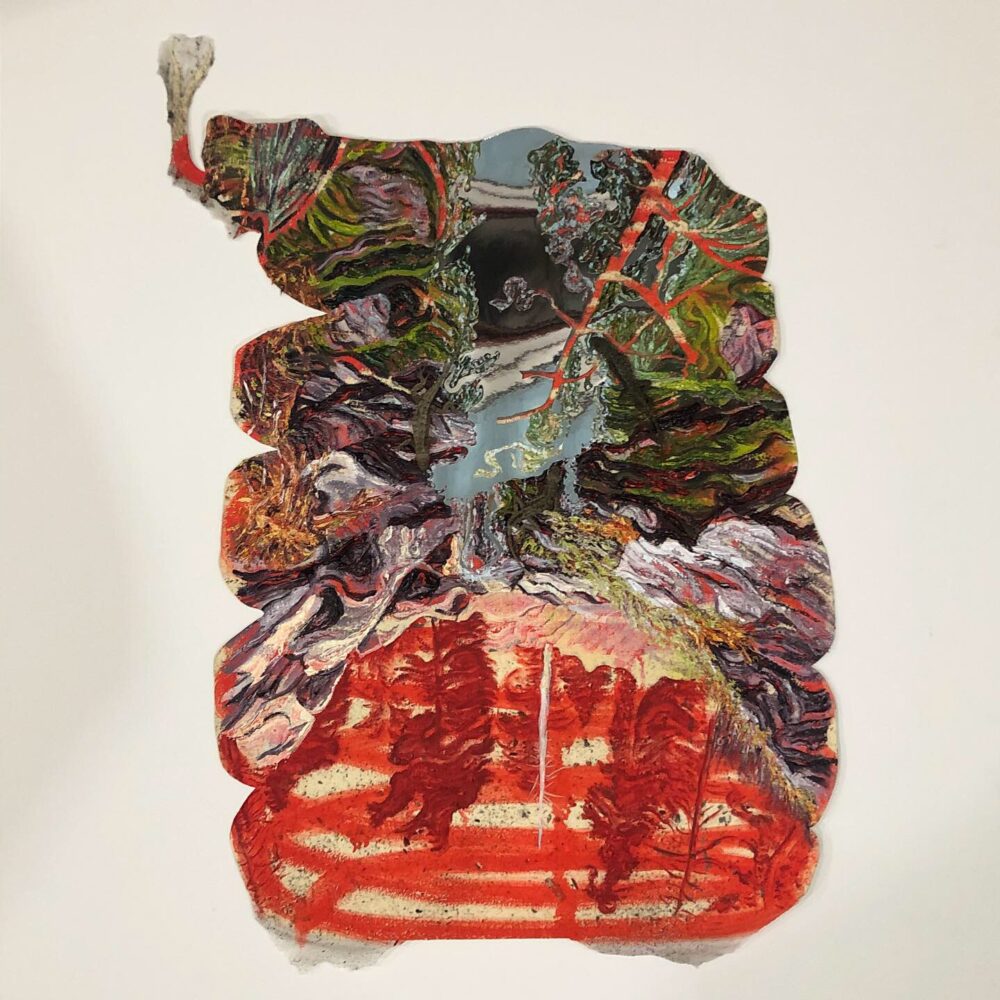 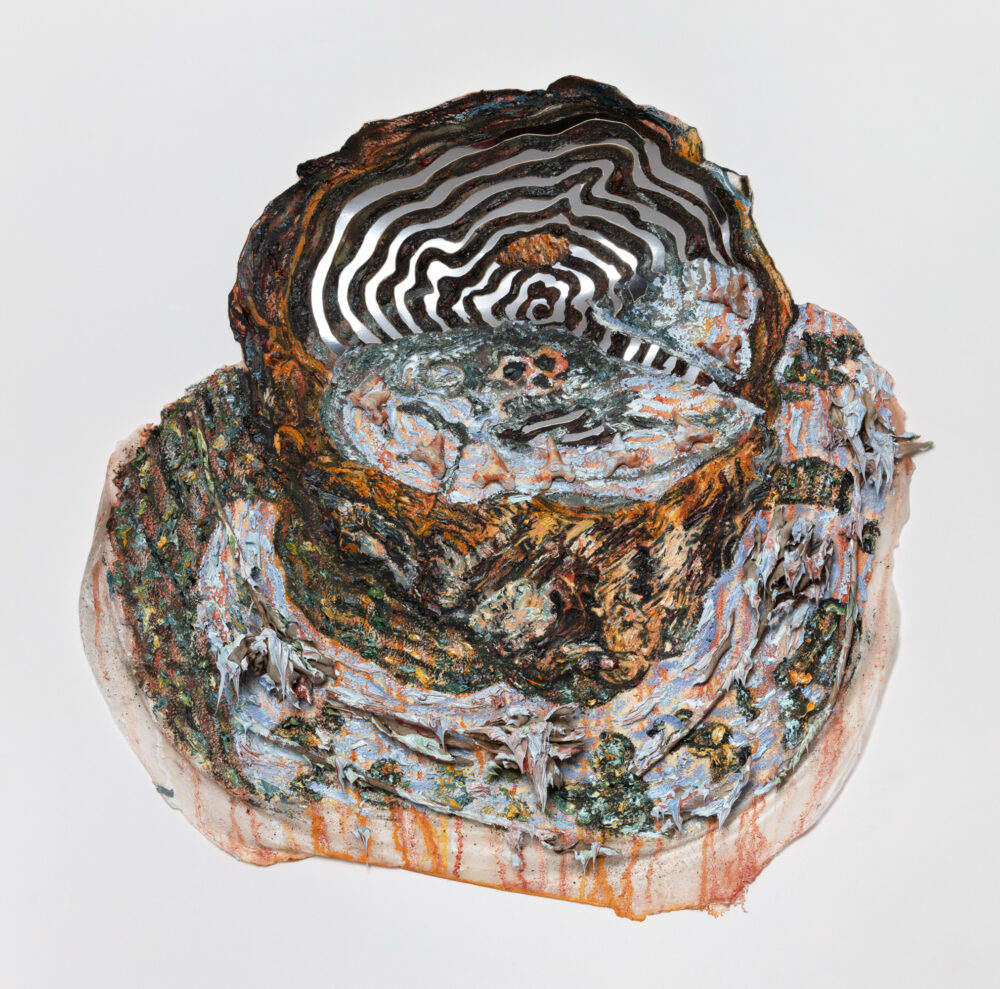 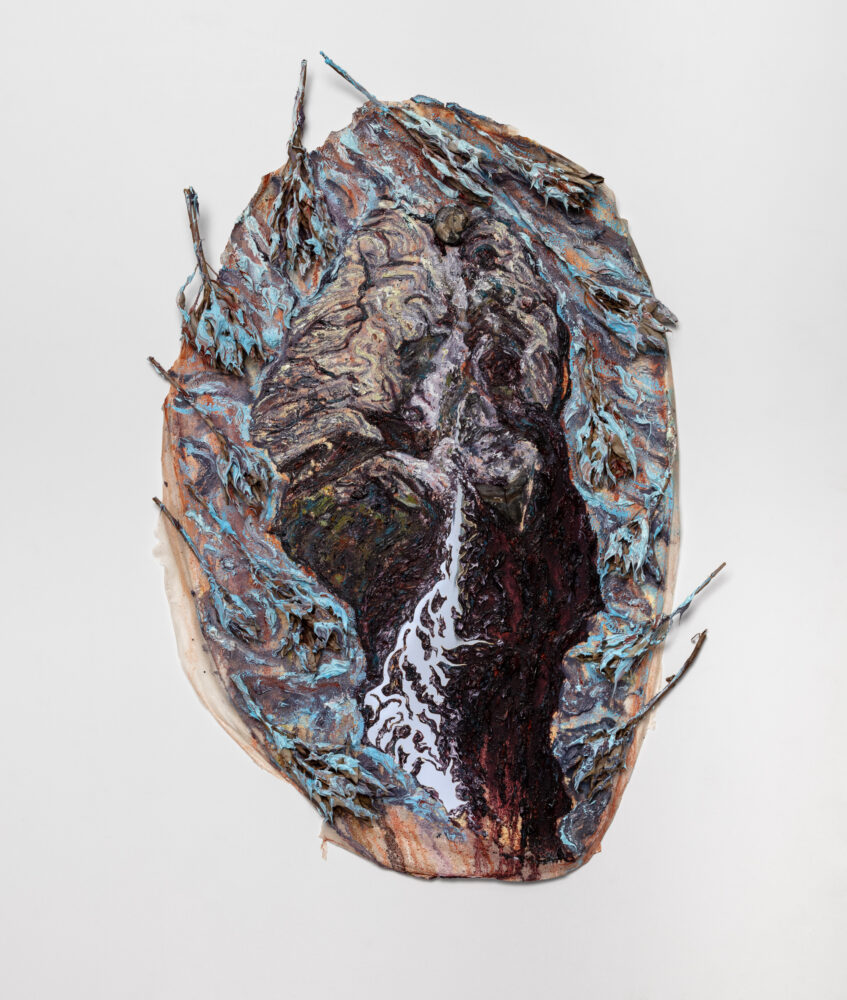 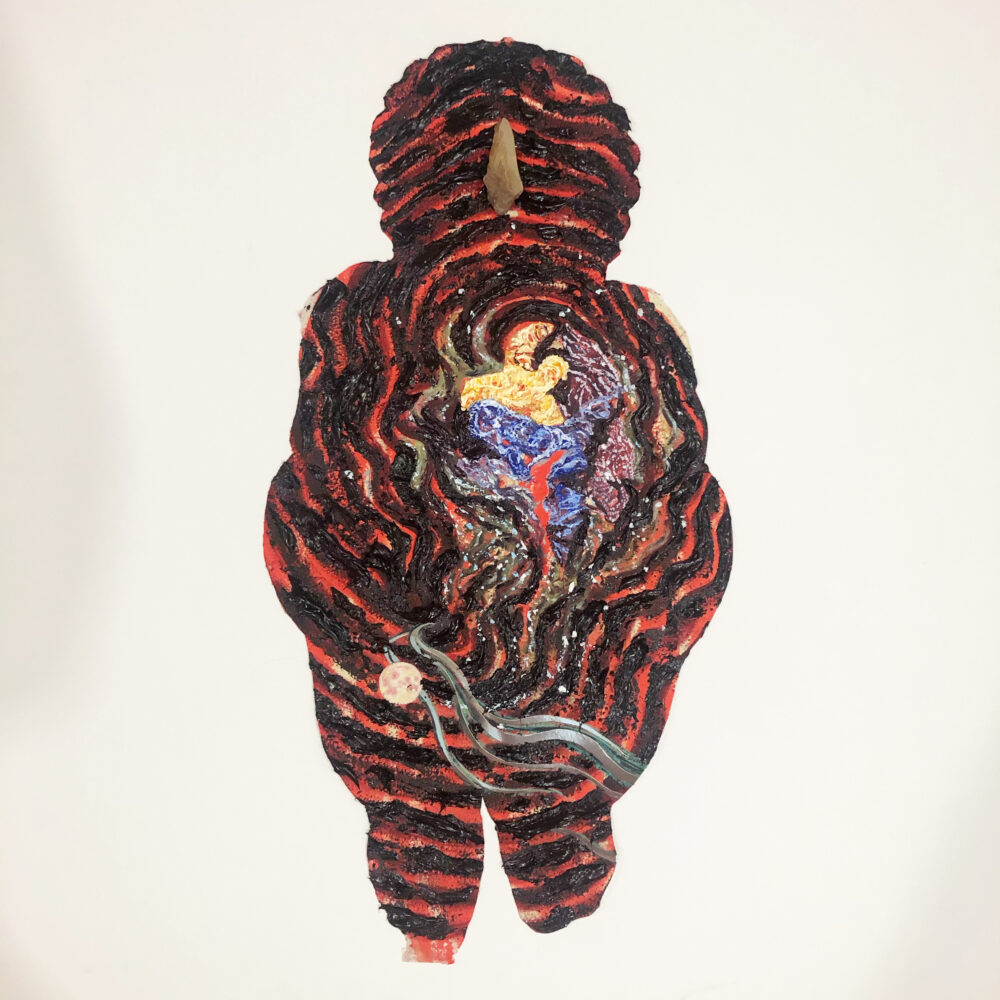 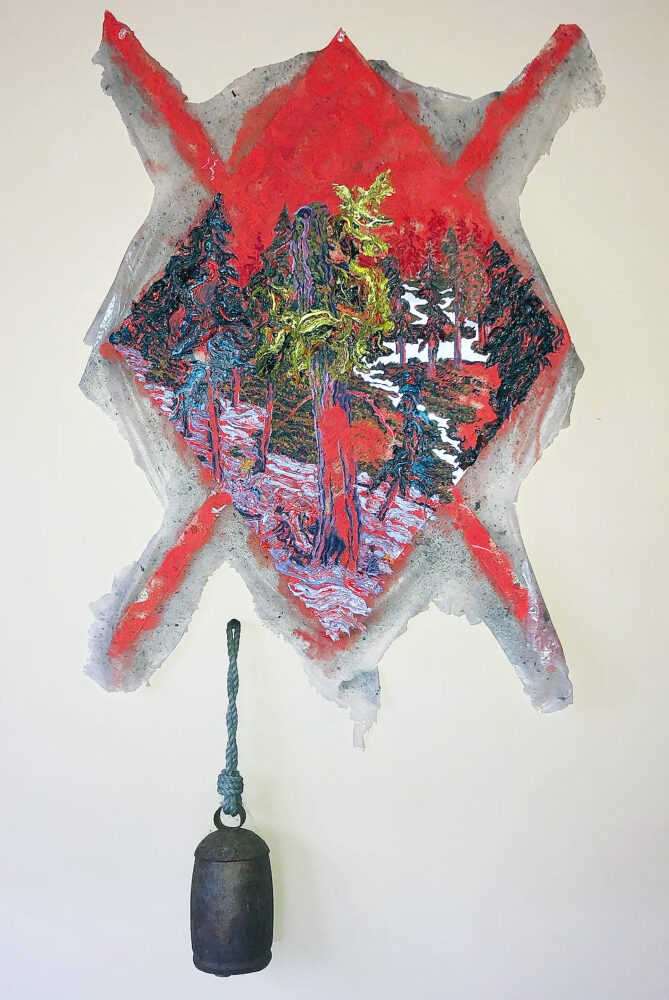