Chicago-based Phyllis Bramson is known for her richly ornamental, excessive, and decadent paintings. She is greatly inspired by 18th century Rococo and Chinoiserie, along with Chinese Pleasure Garden paintings and the French painters Boucher and Fragonard. The narratives in Bramson’s paintings remain incomplete, telling an open-ended story and resembling tropes concerning romantic folly. Her canvases are used as a repository for feelings, which often collide and intermingle between the personal and a grander narrative.

She is a key voice of her generation, was a long-time professor at the University of Illinois at Chicago, and now advises graduate students in drawing and painting at the School of the Art Institute of Chicago. Her work has been exhibited in key exhibitions and surveys at the Museum of Contemporary Art Chicago, the Art Institute of Chicago, the Smithsonian Institution, and Corcoran Gallery of Art, among many institutions. She has had more than forty solo shows at venues such as the New Museum, New York; the Renaissance Society, Chicago; Chicago Cultural Center; Fort Wayne Museum of Art; Boulder Art Museum; University of West Virginia Museum; and numerous galleries.

Bramson has been covered widely and recognized with numerous awards. She is the recipient of three National Endowments, a Senior Fulbright Scholarship, Louis Comfort Tiffany Grant, Guggenheim Fellowship, Rockefeller Foundation Grant, Artadia Award, Anonymous Was A Woman Award, and selected as one of the Women’s Caucus for Art Lifetime Achievement Awardees for 2014.

“The narratives in my paintings remain incomplete, usually never really telling a coherent story and thus the narratives resemble abstracted tropes. They are used as a repository for feelings, which often collide and intermingle between the personal and at the same time the social. Paintings that wobble between private subjective values; social concerns and conceits; melancholic loss and cliché.

I work with collaged and painted canvases that often feature female images which blend fantastical elements of seduction with innocence, fairy tales and kitsch. Eccentrically theatrical images that are psychological investigations of my world – presenting two realities that I feel are often out of sync, often dysfunctional.

I’ve always done work that reflects my psychological state and a gut reaction to the world as I perceive it – those are the most important things. I deal with ideas I have about being an artist and how I relate to the world. My work has always been about disharmony, including the desire to do the right thing, about the struggle to make things work. That’s the way the world is – it functions and doesn’t function. I function and don’t function. In many ways I am a painter of Folly! I march to my own drum, deal with my own “deal”… to quote that famous philosopher Popeye…. “I y’am what I y’am!!!'” 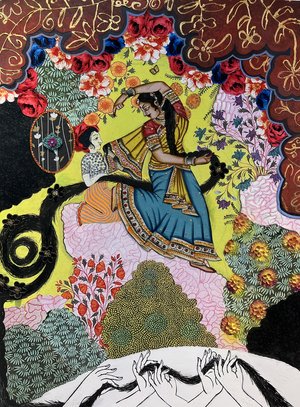 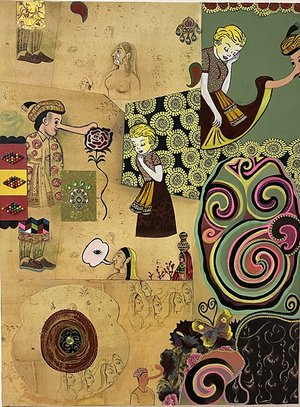 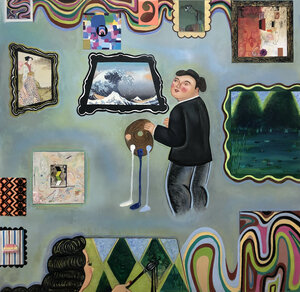 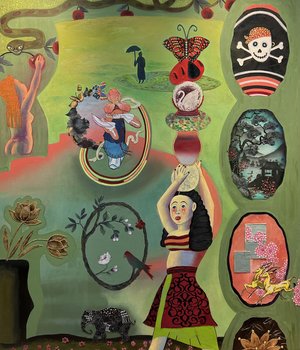 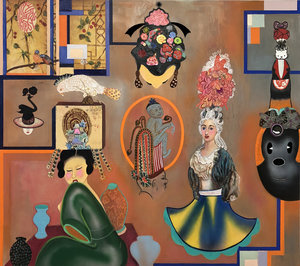 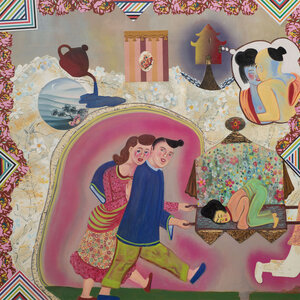 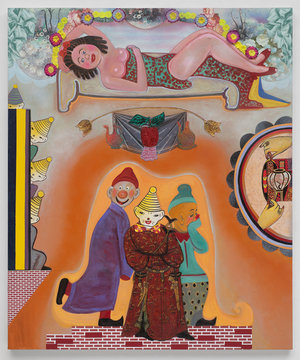 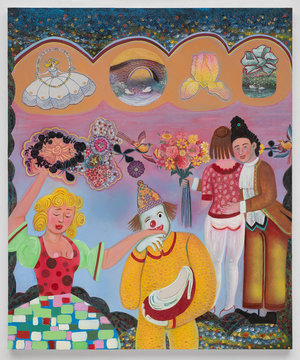