Jessica Bell Brown, Associate Curator of Contemporary Art, Baltimore Museum, presented a free public program at the School of the Art Institute of Chicago on Thursday, June 6, 2019. From June 6-8, Jessica met with a selection of Chicago-based Artadia Awardees. Below is a summary of her experience.

My trip to Chicago was very productive. Upon my arrival, I gave a lecture at the School of the Art Institute of Chicago on my most recent curatorial project at Gracie Mansion in New York City, an installation of over 60 artworks and objects entitled She Persists: A Century of Women Artists in New York, 1919-2019. She Persists was a collaboration with First Lady Chirlane McCray of New York, in which we brought together an intergenerational group of women artists with a focus on how they examined of the most pressing issues of our time, from race, class, gender, gentrification and beyond. My lecture foregrounded the intentionality in selecting a majority of women of color to be on view, including Kara Walker, Faith Ringgold, Mickalene Thomas, Simone Leigh, Tourmaline, Betty Blayton-Taylor, Elizabeth Colomba, Jordan Casteel, Elizabeth Catlett among many others. I spoke about the current cultural context of increased demands to exhibit women and artists of color, and how the project throws into relief the diverse curatorial and art-historical narrative possibilities and propositions that could very well make way into museum spaces.

The following two days I managed to visit six artists across the city, in addition to a site visit at Gallery 400. Phyllis Bramson and I talked about the reemergence of figurative painting, and how her fantastical depictions of women across cultures at once deviate from the Hairy Who group with which she had been associated with, and align with contemporary, though fraught discussions about femininity and whiteness. I recommended that Bramson really explore her attraction to otherness as a narrative device in her work, rather than shy away from the obvious tensions that the work brings about regarding appropriation and orientalism.  My conversation with Andreas Fischer dovetailed nicely with my visit with Bramson. Fischer was starting to deviate from the wispy, watercolor-like figurations he had developed for several years. I saw the influence of Fairfield Porter in the work, to which he agreed. Yet, I observed that like Porter, the people in Fischer’s paintings were always of similar race and socio-economic status. He expressed wanting to move away from identity markers of white, upper-middle class heteronormative and cis-maleness in his own work, towards a more complicated matrix. He had begun to introduce black figures, I pointed out, as a stand-in for this new direction. This led to a very productive conversation about the limitations that artists face in discussing matters that were out of their perceived cultural parameters.  Melika Bass’s video works too, echoed a wanting for a more complex examination of white American identities. We primarily discussed her epic films Shoals and The Latest Sun is Sinking Fast, both have gothic sensibilities, and employed a rotating troupe of actors and performers who have collaborated with Bass for the past several years.

I also had great visits with Dutes Miller and Derrick Woods-Morrow, two compelling queer performance-driven artists exploring sexuality, intimacy, and desire. While Miller was reflecting on a new body of prints and book-based arts taking visual iconography from vintage gay porn magazines, Woods-Morrow had just come off of a relational performance in which a troupe of actors situated their bodies in relation to resin-coated bricks that the artist had cast from sand he mailed to himself from a period of residency in New Orleans. The performers engaged with audience members, who were invited to activate the bricks by placing them in different arrangements. Through my conversations with Miller and Woods-Morrow, I reflected on divergent and intersectional concerns of these artists who share space within a queer community of makers. My most surprising visit was probably with Paola Cabal, in that her work had a quiet power that I had not experienced in quite some time. Though strictly formal in appearance, Cabal is a student of light, not unlike Mary Corse, Nancy Holt, and James Turrell. With paint, and hours of observation and tracing, Cabal replicates light patterns and shadows that fall on spaces. Her work exists somewhere between early 20th century trompe l’oeil and Art and Space works of the 1970s. We discussed the development of her most recent public art project at Arts Club, a private, members only space for Chicago’s elite, and how she plans to subvert access by giving passersby and everyday people a sneak peek into the club by painting interior scenes on exterior spaces she will fabricate outdoors.

All in all, I appreciate Artadia extending me an opportunity to begin dialogues with artists who had previously been outside of my orbit. I certainly plan to keep in touch with all of those who I met, and hopefully in some instances, collaborate with the artists in the future.

Jessica Bell Brown is a writer, curator, and art historian based in Harlem. She is currently the 2018-2019 Consulting Curator for Gracie Mansion Conservancy, where she curated She Persists: A Century of Women Artists in New York. At Princeton, Brown is a Ph.D. candidate in Modern and Contemporary Art in the Department of Art and Archaeology. Her research explores the relationship between form, black radicalism, and abstraction in 20th-century African-American art. Before pursuit of graduate study, she worked in programming capacities at Creative Time and the Brooklyn Academy of Music. From 2016 to 2017, Brown was the Museum Research Consortium Fellow in the Department of Painting and Sculpture at The Museum of Modern Art in New York, where she worked under the curatorial leadership of Leah Dickerman for Robert Rauschenberg: Among Friends (2017). As a writer and critic, she has penned critical essays on contemporary artists Lubaina Himid, Senga Nengudi, Eric Mack, Sam Gilliam, Jennifer Packer, Kerry James Marshall, Charles Ray and Wilmer Wilson IV, among many others. Her writing and art criticism has appeared in catalogues and publications for The Studio Museum in Harlem, Lévy Gorvy, The Museum of Modern Art, the Institute of Contemporary Art Philadelphia, Flash Art, Hyperallergic, and The Brooklyn Rail. 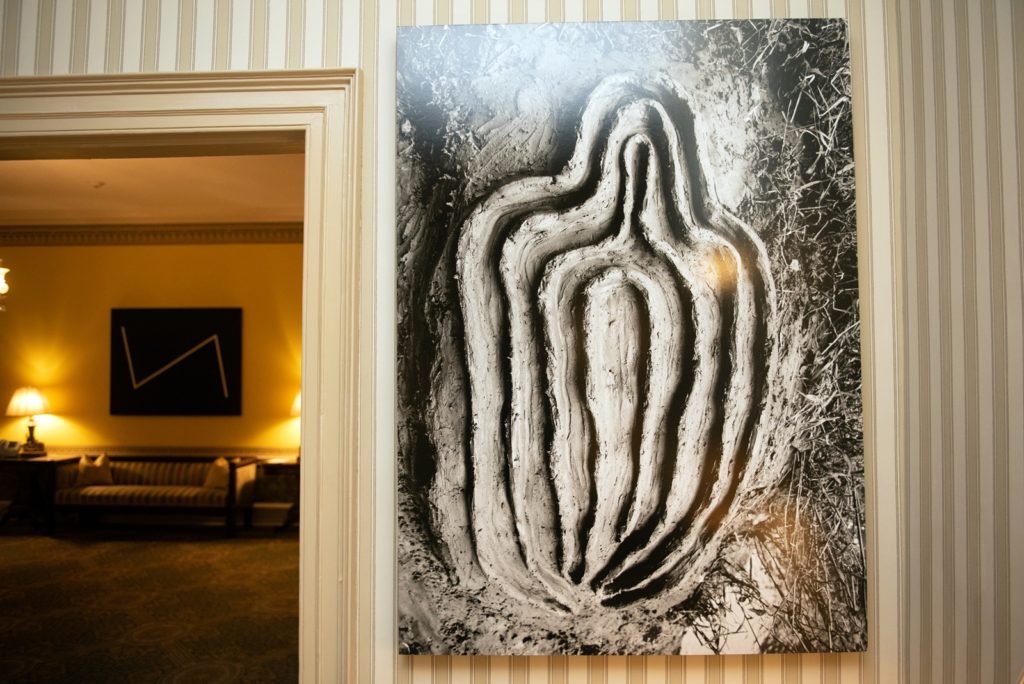